Does it Still Pay to Buy REO Properties? 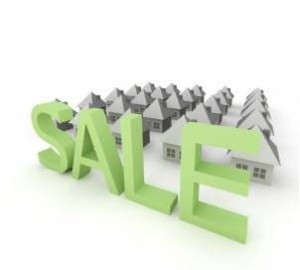 Heavily discounted REO properties were a major jewel in the post-bubble housing downturn, but new analysis by Zillow suggests those benefits may be evaporating.

There have been many unfortunate side effects to the housing downturn, but for homebuyers and agents who have been able to capitalize, there has been one decided benefit – heavily discounted REO properties, with price reductions exceeding 20, 30 and even 40 percent on some occasions.

Sadly, though, all good things must come to pass, and recent analyses by both Zillow and RealtyTrac suggest that the days of heavily-discounted distressed property sales may be numbered.

Discounted REO Properties – A Thing of the Past?

According to Zillow’s analysis, the discounts for REO properties have fallen quite dramatically in the last three years:

The reason for the diminishing discounts, as HousingWire pointed out, is that there are not that many REO properties left for homebuyers and investors to purchase, and that in turn is ratcheting up the competition for the few remaining distressed properties.

“The smallest foreclosure discount is found in places where competition for homes is so high, people there are willing to pay the same amount for a foreclosure re-sale that they would for a non-distressed home simply to take advantage of historic affordability,” Humphries said.

And of course, we can’t lose sight of the fact that this is a very encouraging sign. The less distressed properties there are, the more balanced housing inventories will be, and the more ammunition housing will have for its recovery.