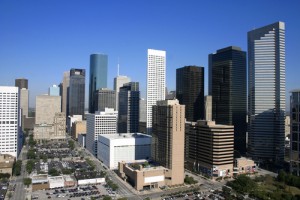 With its strong economic fundamentals, Houston's real estate market may very well be unaffected by the fiscal cliff.

The last month, we’ve been devoting quite a bit of coverage to the fiscal cliff, analyzing its implications for the housing market and specific pieces of housing policy, most notably the mortgage interest tax deduction.

A new report from RealtyPin.com, though, supported by analysis from economists in the Texas A&M Real Estate Center, argues that real estate professionals in Houston may not have too much to worry about when it comes to fiscal cliff.

Houston Real Estate and the Fiscal Cliff – Nothing to Worry About?

As reported by the Houston Chronicle, the Texas A&M economists highlighted three reasons why Houston’s housing market could withstand the fiscal cliff:

In the end, it all comes down to fundamentals, and Houston’s market, given the economic distress it’s already withstood, seems to be in a good position to weather the fiscal cliff storm.