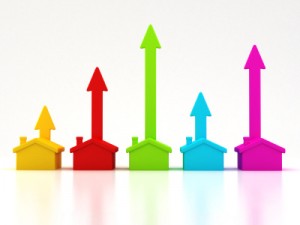 Asking prices in the Trulia Price Monitor rose more than 5 percent from last year, a substantial improvement from 2011.

Asking prices increased 0.7 percent from November to December and 5.1 percent year-over-year in the latest Trulia Price Monitor, which studied the asking prices of for-sale homes listed on Trulia in December.

In addition, the Trulia Price Monitor in December kept pace with the Trulia Rent Monitor, which had routinely exceeded asking prices throughout 2012: Solid Footing for Housing Market in 2013

Jed Kolko, Trulia’s chief economist, said that the strong increases in asking prices give the housing market solid footing heading into 2013, and not just in the homebuying and selling business.

“The housing market enters 2013 with a running start,” Kolko said. “Price gains picked up steam in 2012, starting with modest increases early in the year and accelerating in the third and fourth quarter. In 2013, rising prices will encourage more new construction and will encourage some homeowners to sell, which will help alleviate the current inventory shortage.”