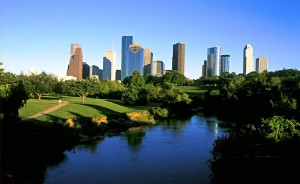 The Houston real estate market capped off an extremely positive 2012 with strong numbers in December.

The Houston real estate market concluded a rousing 2012 with yet another strong month of home sales in December, with single-family home sales increasing 11.4 percent year-over-year and marking the 19th straight month of positive home sales for the Bayou City, according to the latest numbers from the Houston Association of Realtors.

Overall, 5,039 contracts were closed in December, pushing the Houston housing inventory to just 3.7 months; that’s down from 5.8 months a year ago, and the lowest supply of homes since December 1999.

All across the board, the Houston real estate market put up strong numbers in December, including:

The strong December numbers, said HAR Chairman Danny Frank, capped off a terrific year for both the Houston housing market and the general economy of the city.

“2012 was a phenomenal year for the Houston housing market, thanks to the addition of more than 85,000 new jobs locally as well as continued low interest rates,” Frank said. “Market conditions have created excellent opportunities to sell a home in many parts of town, with some sellers receiving multiple offers. With less than four months of inventory on the market and continued demand, we could see further pressure on pricing until inventory levels pick up.”