“Spillover Effect” Potent As Ever As Housing Market Recovers 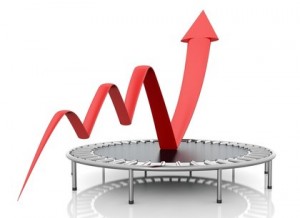 The spillover effect is perhaps the main benefit of a strong housing market, and with housing recovering, its returning in spades.

The housing market’s effect on the general economy – or, the “spillover effect,” as its called by some – is often the trump card among housing analysts when debating the merit of real estate, the fact that though a home seller may profit by selling a home he or she has owned for 15 years, so does the myriad industry professionals and manufacturing employees whose business complements the buying and selling process.

The absence of the spillover effect in the post-bubble economy was one of the main reasons that the economic downturn was so painful for so many, but thankfully, as a new report from the Wall Street Journal has highlighted, the spillover effect may be returning as the housing market recovers.

The Spillover Effect – Returning with the Housing Recovery

As the Journal reported, the number of industries that are directly impacted by the strength of the housing market is large:

Another area of real estate that will have a sizable impact on economic growth is that of home improvement. Mark Vitner, a senior economist with Wells Fargo, said that homeowners improving their properties for the market will also aid the general economy.

“The housing recovery will help lift businesses that have long been dormant,” Vitner said. “People will be fixing up homes to put them up for sale – buying new air conditioners, painting, fixing roofs. As the new home market picks up, that really feeds into [gross domestic product].”