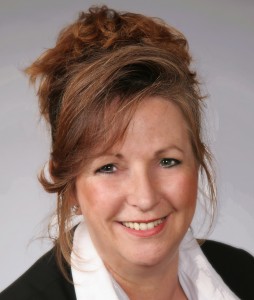 Vickey Wachtel is the broker/owner of Imagine Realty International in Katy.

This week, we talked with Vickey Wachtel, the broker/owner of Imagine Realty International in Katy. Vickey has worked in real estate for nearly seven years, and her office has grown rapidly in the last six months, expanding from a one-woman show to the nine agents she currently employs.

Houston Agent (HA): Our recent feature on the Houston real estate market, which featured predictions from noted experts for the 2013 housing market, generated quite a bit of interest among our readers. What things are you anticipating and/or looking forward to in 2013 for Houston’s housing market?

Vickey Wachtel (VW): Right now we’re in a shortage of housing; we don’t have enough for people moving-in to really have a good choice for buying. And I don’t see that lessening up over the next 11 months, because I don’t believe that new construction is going to be the answer, because it’s heading west, and north, and southwest and east, and it’s not going to be as effective as having houses become available. So I think we’re going to have a tight market for at least another year.

The sad part about it is there are homeowners out there that have been wanting to sell their house, but they don’t know that the market has turned. They keep hearing the press talk about how the housing market is so bad. I think that getting the word out to the public that now is the time …. I have been buying houses for 30-40 years, and I can’t tell you that I’ve never seen a market that’s a strong buyers market and a strong seller’s market as well.

HA: Internet marketing has also been on the minds of many of our readers; do you invest time in syndication sites, such as Zillow, Trulia and Realtor.com, or have you found other methods of Internet marketing to be more successful?

VW: I have spent a tremendous amount of time and money on Trulia. I had already set it up with my personal account, and I still use that to give leads to my agents. Trulia has been amazing for me, but they changed their strategy a few months ago and I’m not as pleased as I was. They changed it from showing houses that were active on the market to any house in the area, whether its active or not, which is what Zillow has done.

And what happened was, if you listed a house in the market three or four years ago, it shows as a comparative property [on Trulia], so you can look at that property. And if there were pictures on the MLS, they’re there now. And I have had so many homeowners call me because I’m advertising on that page, asking me why I’m marketing their properties that’s not for sale, and threatening to come after me. I’ve been extremely verbal with Trulia on this; it’s not fair to the clients and the customers, or the consumers and certainly not the Realtors, because it makes us look like we’re doing something we shouldn’t be doing. So I’m hoping they change their model; they only reason they did it was because Zillow did it.

HA: Finally, renting has become more expensive than owning in many housing markets; is this the case in Katy? And has such a trend made owning more attractive for your clients?

VW: It never ceases to amaze me how much the public is not aware of what goes on. They call in and they say:

‘I’d like to see this property.’
And I tell them, ‘Well, this particular one doesn’t allow pets. Do you have any pets?’
‘Well, yeah, we do.’
‘Okay, well, are you working with an agent?’
‘No, I can’t afford to have an agent.’
‘Okay, did you know that I can find you an agent and it won’t cost you a penny?’

And they’re going, ‘No….’ And then I have an agent call them up and ask, ‘Have you thought about buying?’ And we’ve actually had a couple [clients] who contact our mortgage officer and they were able to work out a deal and buy a house; and they don’t think they can buy one. But they just don’t know if they’ve never tried. So we have been able to convert some renters into buyers.