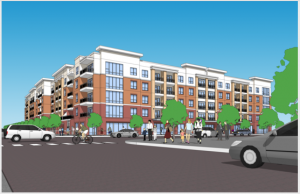 Plans for the Muse Museum District, a Houston multifamily community, have been developed.

Houston multifamily communities have been creating a stir lately. Even though April just started, it has already been an active month for them, and we can expect to see even more activity soon.

Behringer Harvard Multifamily Real Estate Investment Trust and Trammell Crow Residential recently began construction of the Muse Museum District, a Houston multifamily sector on a 2.9-acre site near the Montrose area and the Museum District. The property, located just west of the intersection of Richmond Avenue and Montrose, will include 270 luxury apartment homes.

The development plans have been created, and parts of the plan have already been completed: the 1960s-era housing at 1301 Richmond St. has been demolished to make room for the new multifamily sector. Completion of the project is scheduled for the fourth quarter of 2014.

This is not the first time Behringer Harvard and Trammell Crow partnered together on a Houston multifamily project. Last year, the two developed Allusion West University, a 2.5-acre site in Houston’s Inner Loop.

Allen Harrison Co. broke ground on another Houston multifamily property near the Energy Corridor area this week. The company currently owns Chalfonte, an 86-unit property adjacent to the development site, and plans to remodel the existing units and add 120 new units, all rebranded under the name Seventeen15 Enclave. The property will be Class A, offering one- and two-bedroom floor plans ranging from 733 to 1,205 square feet.

Allen Harrison Co. is serving as the general contractor to oversee the construction activities on the development. Renovated units will be available beginning as early as this month, and construction on the new units is expected to be completed in the fall of this year.