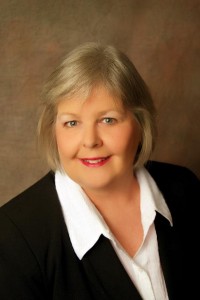 Karen Friend is a broker/owner of Better Real Estate Group in Houston.

This week, we talked with Karen Friend of Better Real Estate Group. Friend started her real estate career in 2006 and is a member of the Houston Association of Realtors (HAR). Prior to that, she was a Certified Shorthand Reporter in the courthouse for 30 years. She believes that background is one of the reasons why she specializes in mediation, and uses that knowledge to help her clients.

Houston Agent (HA): Lately, there has been a very high demand for homes and a low inventory. Is this something you’re noticing in your area of Houston? How long do you think this trend will last?

Karen Friend (KF): Definitely. The high demand and low inventory is not just Houston. I also work in Sugar Land, The Woodlands and other surrounding areas, and I’m finding it everywhere in the area. But it’s also happening in different parts of the country. In fact, a lot of the country is having the same scenario.

The thing about Houston right now is that we have a 3.4 month inventory and nationwide it’s 4.7 months. We have a lower inventory than the rest of the nation. But we’ve been declining every month since January. We’ve gone from a 3.6 month inventory in January to 3.4 months now. We’re actually still on a downward trend in terms of low inventory, which makes it very difficult when you’re out trying to find a house for a buyer.

In terms of how long the trend will last: we have a lot of new jobs coming. In Houston, we had 100,000 new jobs created last year, which is bringing people from other states, not just people who are already here. That’s bringing a lot more demand for housing, and that is not ending.

New companies are opening up in the next year and new builders have known things they didn’t know before, so I don’t see the high demand ending until well into next year. I don’t see the low inventory changing either. Without some really dramatic political or economic intervention, I really see this lasting at least another year, maybe even a little longer.

HA: Nationally, interest rates are at an all-time low, but they’re bound to eventually increase. When do you think that will happen for Houston? And how will this impact Houston’s real estate market?

KF: The truth is that in the last couple of weeks, interest rates went up about a half of percent. I have a buyer who did not lock in their rate. We have had really historically low interest rates for two-and-a-half to three years. Many years ago, people were worried that the rates were six percent, then five percent, and they wondered how much lower could they go. They worried all the time about locking in to get a low interest rate. We’ve been down in the threes and fours so long that people don’t realize it could change at any moment.

The last two weeks it went up half a percent. It really stopped some of my buyers and jolted them into reality. What goes down eventually has to go up. I found some buyers more than ready to lock in their loan, not thinking it could go lower, but they are now thinking it is going to go higher. They really can’t get any lower than this, and they will ultimately have to go up.

Higher interest rates will increase demand but if they keep going up, it eventually stops that demand because people can’t qualify for a house they want to live in and they’re just not able to buy, which will level off the demand. The demand will still be there, but they won’t be able to afford purchasing the house, so it will slow down, regardless of inventory.

HA: Reports show that buying is actually making more financial sense than renting. Based on your area’s real estate market, do you agree with this?

KF: Yes, I really do. I have a lot of first-time homebuyers who realize they will pay dramatically less for a mortgage. They may have to pay $1,500 a month for a rental, and in a mortgage for $800 or $900 a month. Whereas they were not homebuyers, this situation created the need for them to become a homebuyer, which also added to the command.

We had people who were committed renters who are now saying it doesn’t make any sense to rent. I have rentals and when they go up, I’ll get 10 applications for one rental. I have people, just like with a house, saying, “We’ll pay more rent.” They actually bid up the price of the rental and end up renting for more than we listed the rental for. That’s making it very difficult for people to afford rentals and it’s turning some people into buyers. It’s definitely makes more financial sense to buy a house over renting a house right now.