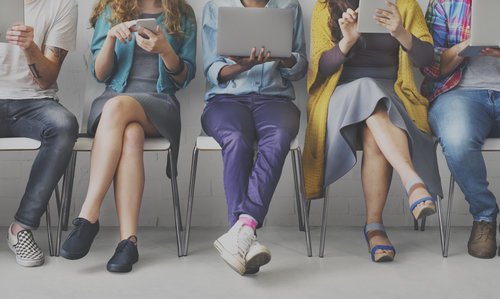 It’s a cliché that technology has revolutionized real estate, but as with most clichés, the statement comes with an abundance of truth – it’s simply night and day comparing the real estate business of old with the one that flourishes today, and technology has been at the heart of those changes.

Below, we have spotlighted four of those changes, courtesy of new analysis from Pew Research:

1. Smartphone Heaven – It truly is incredible, pondering all the changes that have taken place since Steve Jobs revealed the iPhone on Jan. 9, 2007, but what is surprising is how slow smartphone implementation has been in the U.S. Indeed, in 2011, only 35 percent of Americans reported owning a smartphone of some kind.

Since then, however, smartphone usage has more than doubled, and according to Pew’s new research, 77 percent of Americans now own a device. Unsurprisingly, younger Millennials are the most likely to own a smartphone (at a 92 percent ownership rate), but Baby Boomers have also embraced the technology, and 74 percent now own a device.

2. High-Speed Web Surfing – The initial stat, that 73 percent of Americans have broadband Internet service at home, is very impressive, especially considering that more than 90 percent of home shoppers begin their search online.

The details, though, are much murkier. For instance, while 91 percent of college grads use broadband, only 34 percent of Americans without high school degrees have access. Furthermore, 12 percent of Americans are “smartphone dependent,” meaning their smartphone is the only way they can access the Internet; that share is up from 8 percent in 2013, and is more pronounced among young adults, the low income and people of color.

3. It’s a Social World – When Pew began tracking social media usage way back in 2005, only 5 percent of Americans reported using such platforms. Now, 69 percent of adults are on some kind of social network, with 86 percent of Young Millennials, 80 percent of Gen Xers and 64 percent of Baby Boomers logging on.

Most amazing of all is usage from Americans aged 65 and older – more than a third now use social media, up from 10 percent in 2010.

4. Tablet Time – Finally, tablets have proven themselves the next vanguard of technology. In 2010, Pew reported that only 3 percent of Americans owned a tablet of some kind, but as of Nov. 2016, that number had skyrocketed to 51 percent. With Internet and smartphones as ubiquitous as they are, we can safely conclude that tablets will be the next big playground for real estate innovation.