The McMansion is falling out of favor with homebuyers 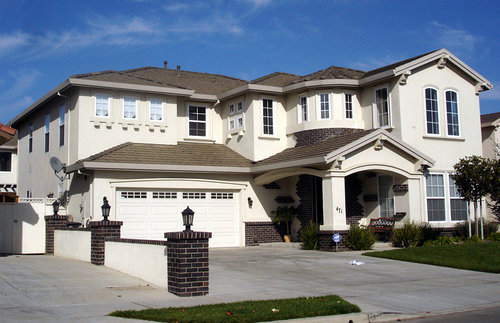 As millennials increasingly warm to the idea of homeownership and Baby Boomers begin thinking about selling their homes, one wrinkle in the homebuying cycle has appeared: no one wants to buy McMansions.

What is now a staple of suburban living is now an albatross in the real estate industry, as younger buyers don’t want the square footage that spacious McMansions provide, while older buyers are trying to downsize.

The amount Americans are spending on McMansions has declined significantly in 85 of 100 U.S. markets, according to Bloomberg. The effect is that older homeowners can’t sell their homes, and younger buyers can’t find a home to buy, according to Realtor.com. McMansions falling out of favor with American homebuyers is even contributing to the historically low levels of available inventory, according to the report.

More and more, the desires of young buyers and their parents’ generations are aligning, at least when it comes to homebuying, Realtor reports.

They prefer smaller, more manageable homes, although that could be because of the price of McMansions rather than their size. Beyond that, younger and older people want to live in dense, more urban settings, and McMansions are generally located in far-out suburbs on sprawling properties.

That’s not to say young people are shunning suburban living, as had been widely reported. In fact, 57 percent of homebuyers under the age of 36 bought homes in the suburbs, compared to just 15 percent buying homes in cities, according to Realtor.com.

Instead of shunning the suburbs, young buyers are looking for areas that provide the entertainment and lifestyle options of a big city, Realtor.com reports.

“Younger and older generations alike are gravitating toward smaller dwellings in more urban, walkable suburbs and cities, with restaurants and coffee shops around the corner,” Realtor.com reports. “It’s leading to a real estate traffic jam: increasingly, boomers are getting stuck, because most can’t buy the home of their dreams until they unload their current ones. And many millennials have neither the desire nor the means to help them out.”

Style falling out of favor

McMansions, with their spacious floorplans and boxy architecture, are seen by many young people as a symbol of pre-recession housing excess, Business Insider reports. After the market collapsed, photos of vacant, dilapidated McMansions became something of the face of the housing crisis, according to the publication.

“For many, they represent a shift in how Americans have come to think of their homes, from a space they would inhabit for life to one they could use to show off their economic success,” Business Insider reports.

That’s not to say that Americans don’t like big homes. The average square footage of homes continues to go up, even as family size declines, according to Business Insider. A Trulia survey shows that 43 percent of Americans want a bigger home than their current one.

So, it’s not the size alone that is turning Americans away from McMansions. Rather, it is their status as a symbol of the housing crash, pared with their mismatched architecture and sterile feel are especially strong turnoffs.

“So while it’s true that suburban Americans still want big houses, it seems that their tastes have evolved to be a bit more discerning than they were before the recession,” Business Insider reports. “They’re beginning to see that the enormous, Mediterranean-inspired mansions that were popular before the housing crash were built rather cheaply and are starting to show their age.”