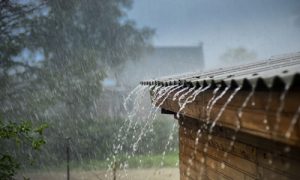 In the aftermath of Hurricane Harvey, the National Association of Realtors (NAR) has created a petition encouraging members to support the reauthorization of the National Flood Insurance Program (NFIP), which is set to expire Sept. 30.

The NFIP was developed in 1968 to “reduce the impact of flooding on private and public structures,” according to the program’s official government website. It provides affordable insurance to property owners and helps mitigate the effects on flooding by giving communities the tools they need to adopt and enforce floodplain management regulations.

According to their website, NAR “supports renewing and strengthening the long-term viability of the federal flood insurance program, as well as maintaining funding to update and improve the accuracy of flood maps.”

The NFIP insures about 5.5 million U.S. homes, the majority of which are in Texas and Florida. In a press release published in March, NAR warned that its expiration could have a detrimental effect on the housing market, causing difficulty for both property owners and Realtors. Hurricane Harvey has prompted them to reemphasize these concerns.

“H.R. 2874 reauthorizes the NFIP and makes a number of critical improvements to the NFIP including increased funds for mitigation activities, caps on overall premium increases, improved claim and mapping processes, as well as removing hurdles for more private market participation in the flood insurance market,” the NAR petition says.