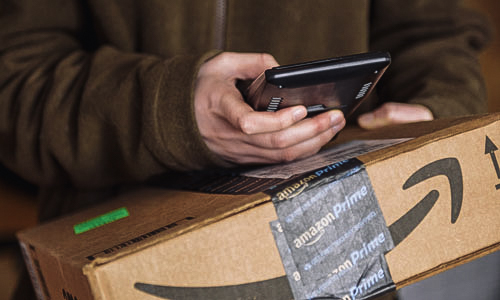 We’ve seen it happen before. First we were introduced to Airbnb, an online marketplace that allows its users to book housing accommodations from a phone, tablet or computer. One year later, Uber burst onto the scene, and pedestrians everywhere could rely on a simple app to get them to their destinations, rather than speeding taxis or delayed trains.

The digitalization of otherwise in-person services has been on the rise ever since, and e-commerce giant Amazon is jumping in with its new unlock-and-key service. With the service, known as Amazon Key, users no longer need to be home when their packages are delivered — with a simple installation of a smart lock, delivery couriers can unlock users’ doors via an app and leave packages inside rather than outside. Amazon also provides a security camera for homeowners to install inside their homes so they can see who enters and leaves.

What it means for agents

Despite Amazon’s confidence in its new product, which is now available in 37 metro areas nationwide, concerns still abound for Amazon Key. Not only are homeowners worried about remotely granting access to couriers they’ve never met, but real estate agents are fearing for the future of their careers, lest they get displaced by technology.

“When you stop and think about it, the only art of a real estate transaction that can’t be done electronically is the exchange of keys,” said Kevin Goyer, a realtor from Saskatoon Canada. In a survey of real estate agents to see how eager they are to use Amazon Key, Inman found that 60 percent were reluctant to use the service to give house tours. Instead, agents valued the benefit of person-to-person interactions with their clients.

Still, some agents are keen on the idea of easy access to homes. “Why wouldn’t I want to expose the home to as many people that want to see it as long as I don’t have personal security or property security concerns?” Russ Cofano, a real estate executive, said to Inman.

Not just anyone can freely install Amazon Key. It can only be utilized by Amazon Prime subscribers, who already pay $99 a year for expedited shipping and streaming privileges on the website. On top of that, installing the smart lock and security camera costs $249.99, making the grand total for a new Amazon user $349.

Most remain optimistic about Amazon Key, however. Concerns surrounding safety and privacy are expected to shift, much like they did when Airbnb and Uber first emerged.

“Amazon is credible,” says Cofano. “[It] has a lot to lose if there are people that get hurt by this process.”