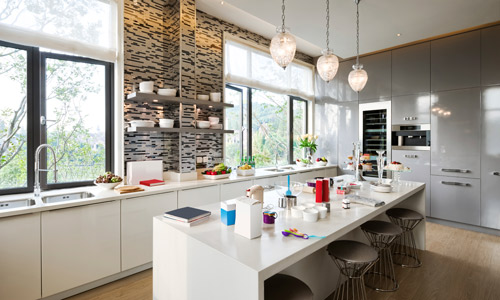 Many homeowners around the country have big renovation plans for 2018, and a number of them are eying the heart of their home: the kitchen.

According to the 2018 U.S. Houzz Kitchen Trends Study, 87 percent of homeowners are making the decision to drastically flip their kitchens in the new year, and they’ve got an arsenal of new styles and layouts prepared. Transitional, contemporary and farmhouse kitchens are the most favored kitchen themes among all homeowners, but it’s clear that stylistic preferences vary depending on location and other factors.

“Our annual kitchen trends surveys reveal that consumer preferences for products, design and technology vary not only across urban, suburban and rural areas, but also evolve over time,” said Nino Sitchinava, principal economist at Houzz. U-shaped kitchens, for one, are diminishing in popularity in favor of L-shaped kitchens, which are anticipated to surge in popularity in 2018.

Check out what homeowners are most excited to add to their kitchens in the coming year. 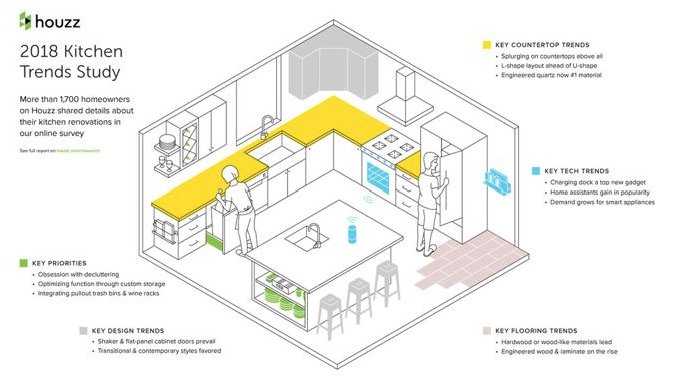