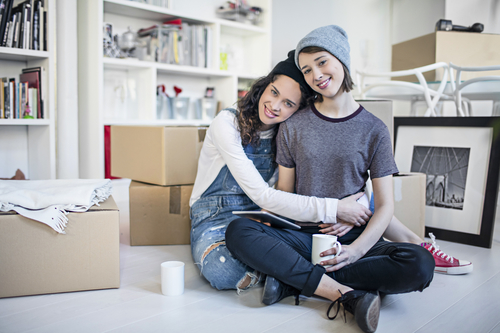 The National Association of Gay and Lesbian Real Estate Professionals (NAGLREP) has announced their support for two Congressional bills aimed to combat housing discrimination based on sexual orientation and gender identity.

Congressmen David Cicilline (D-RI), co-chair of the Congressional LGBT Equality Caucus, and Scott Taylor (R-VA) both spoke at the first NAGLREP Housing Policy Summit in Washington, D.C. this past March.

Taylor’s proposed bill would “extend protections of the Fair Housing Act to persons suffering discrimination on the basis of sexual orientation and gender identity,” while Cicilline announced his plan to re-introduce the Equality Act in order “to prohibit discrimination against the LGBT community in public accommodations, housing, employment, federal funding, education, credit, and jury service.”

Currently, the Fair Housing Act does not explicitly ban discrimination based on sexual orientation.

Of the adults who identified as part of the LGBT community, 34 percent reported they were “at least somewhat worried” about the possibility of having to hide their sexual orientation in order to obtain housing, according to a 2018 survey from AARP.

John Graff, chair of the NAGLREP Policy Committee — along with NAGLREP founder Jeff Berger — have sent letters requesting support from the NAR to the organization’s Immediate Past President William Brown, and to several other members of the NAR leadership team.

“While not everyone aspires to be an advocate, it is critical that all of us in the real estate community do what we can to eliminate housing discrimination against anyone,” said Berger.

Berger sees the NAR’s support as crucial, saying that, “In this Congress, [the bills are] not likely to be introduced for a vote — that’s what we’ve been told from Congressional LGBT Equality Caucus. But NAR has a great voice, and I think [its support] could possibly be a tipping point.”

A spokesperson for the NAR highlighted that discrimination against the LGBT community has been prohibited in its Code of Ethics since 2013.

“Realtors are proud to lead the way toward greater equality in housing opportunities; in 2016, NAR’s Board of Directors passed policy for the association to support or initiate legislative and regulatory efforts that advance equal housing opportunity on the basis of sexual orientation and gender identity,” said Elizabeth Mendenhall, NAR President. “As we commemorate the 50th anniversary of the Fair Housing Act, we urge Congress to adopt legislation and fair housing protections based on sexual orientation and gender identity.”