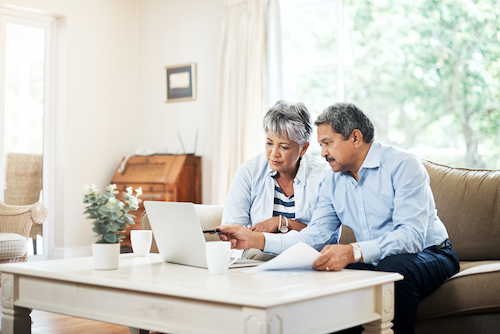 The U.S. Census Bureau is renewing its push to stimulate innovative technological developments through the use of its own data. The Opportunity Project (TOP), a collaborative effort between government agencies and private tech firms, continues to build upon initiatives launched in 2016 aimed at improving how Americans use public data, often to the benefit of homeowners, job-seekers and small businesses.

For the uninitiated, the project might seem a little outside the scope of the agency in charge of surveying Americans. But for those who know the Census Bureau is part of the federal Department of Commerce, TOP is a natural fit. In fact, the TOP page on the Census Bureau’s website notes that “The Department of Commerce connects tech developers, local leaders, and non-profits with problem statements on issues like jobs, transportation, and housing, and facilitates user-centered tech development sprints to create new digital solutions.”

With this project, the Census Bureau hopes to connect some of society’s most pressing problems with solutions driven by data and tech ingenuity. These begin as “sprints,” which get tech firms, universities and nonprofits involved in a collaborative effort to tackle a complex challenge through the creative use of freely available (but often complex) federal datasets. For example, some sprints from the last year have included challenges to develop tools to promote students’ interest in STEM education and create data sharing capabilities that can help stakeholders responding to the opioid crisis.

The Census Bureau said around 75 apps have been created in the less than three years since TOP began. Real estate tech firms like Zillow and Redfin have been active partners with the Bureau, having developed a few of their own tools that use Census data to help communities in various ways.

In a Feb. 21 webinar hosted by the Census Bureau, Zillow Chief Economist Aaron Terrazas discussed how the company recently merged several large Census datasets to write stories on “The Amazon Effect.” By analyzing various historical trends in employment and home values in Seattle, Terrazas and Zillow’s research team were able to get a sense of how Amazon’s public promise to create 50,000 new jobs as part of its HQ2 search would impact various cities vying for the project. In another article, Zillow analyzed commute times using Census-generated employment density data in various cities. This helped researchers create new tools for prospective homebuyers who wanted an easier way to estimate commute times as they search home listings. “This helps make data useful beyond the world of data geeks,” Terrazas said during the webinar.

Zillow isn’t the only real estate company involved in the program. Redfin made its own tool as part of TOP, named “Opportunity Score.” This is a simple web application that uses Census data and Walk Score information to rank a home address on a zero-to-100 scale based on how many jobs that can be reached without a car are available nearby. Available in 350 cities, the Opportunity Score tool was created as part of a TOP sprint focused on finding solutions for job-seekers who rely on public transit to get around.

“The U.S. is the land of opportunity, but local geography increasingly can determine who gets ahead and who gets stuck,” Redfin says of its Opportunity Score tool. “Where you live can influence your family’s economic stability and opportunity for upward mobility. Redfin created Opportunity Score to help Americans find a place they can afford to live that has decent jobs within a 30-minute commute without a car.”

Other tools linked on the Census Bureau’s TOP web page include apps that help users locate affordable housing or understand where and how to use Section 8 vouchers. Another tool from Excella Consulting used data from Washington, D.C.’s Department of Human Services to help youth experiencing homelessness find housing and services in the area.

Businesses and other organizations can connect with the Census Bureau or the Department of Commerce to participate in an upcoming sprint, or pitch a new challenge for future participants to tackle through technological creativity.