Building Houston’s builders, one construction class at a time 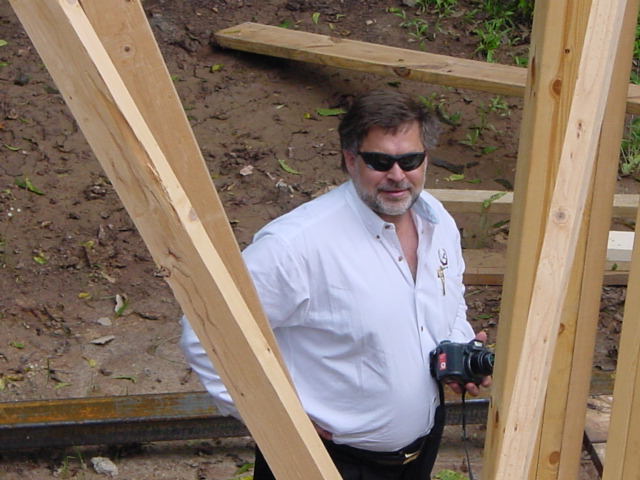 Lack of inventory has long plagued the real estate market, and the coronavirus pandemic has only exasperated the situation, with existing listings shrinking as many nervous sellers have put their plans on hold.

Entry-level homes have been especially hard to come by. Across the nation, the for-sale stock of homes priced at affordable levels fell an average of 25% in April, according to the recent CoreLogic Home Price Index.

During this past week in Houston, Realtors entered 2,640 properties into the multiple listing service, as opposed to 3,432 during the same week last year, according to the Houston Association of Realtors. That represents a 23.1 percent decline in new listings.

One approach to address the lack of housing inventory comes from the homebuilder side. Bryon Parffrey, founder of Builder’s Academy, has been training people to build houses through a six-week program that he developed back in 1993. “If you follow the program, you’ll be able to build your own house,” Parffrey said of the program, which features both classroom work and onsite, hands-on construction training.

Parffrey began his career teaching homebuilding at a local community college but soon realized there was a bigger need. “A lot of trade schools had dried up,” he said. “There’s just an ongoing shortage of workers.”

Addressing the “chronic shortage” of construction workers in the U.S., the Department of Homeland Security issued 35,000 additional H-2B guest worker visas in early March, just prior to the pandemic outbreak in the U.S.

More recently, Robert Dietz, chief economist for the National Association of Home Builders, encouraged the industry to reach out to laid-off workers. “This is the moment to go all-in and try to recruit people into the construction industry,” he said, noting that the homebuilding industry has been suppressed since the recession of 2008, especially at the lower ends of the market.

Given NAHB’s estimate that small builders represent 70% of all new construction, Parffrey’s training efforts may eventually offer a real release valve to the inventory crunch. “I teach people how to build a house correctly,” he said. “The whole program is designed to make you self-sufficient and to teach you how to make the right decisions.”

Among his graduates are some of the biggest builders in Houston, but Parffrey, a builder himself, isn’t worried about the competition. “We kind of all share,” he said. “If I can’t make it, I’m going to call you. I’ve turned projects down and given them to my students.”

Parffrey also counts a number of real estate agents among his alumni, many of whom now use their skills to remodel and flip homes. “I have a lady now doing remodels on the side,” he said. “She hires people to do the work, but because she took my course, she understands how to hire them, how to manage them and how to recognize quality work.”

For his students, it’s all about seeing the gratifying brick-and-mortar fruits of their labor, but for Parffrey, it’s about seeing the positive changes within them. “These students just blossom, and when it starts connecting, they’re just so thankful,” he said. “It’s life changing.”