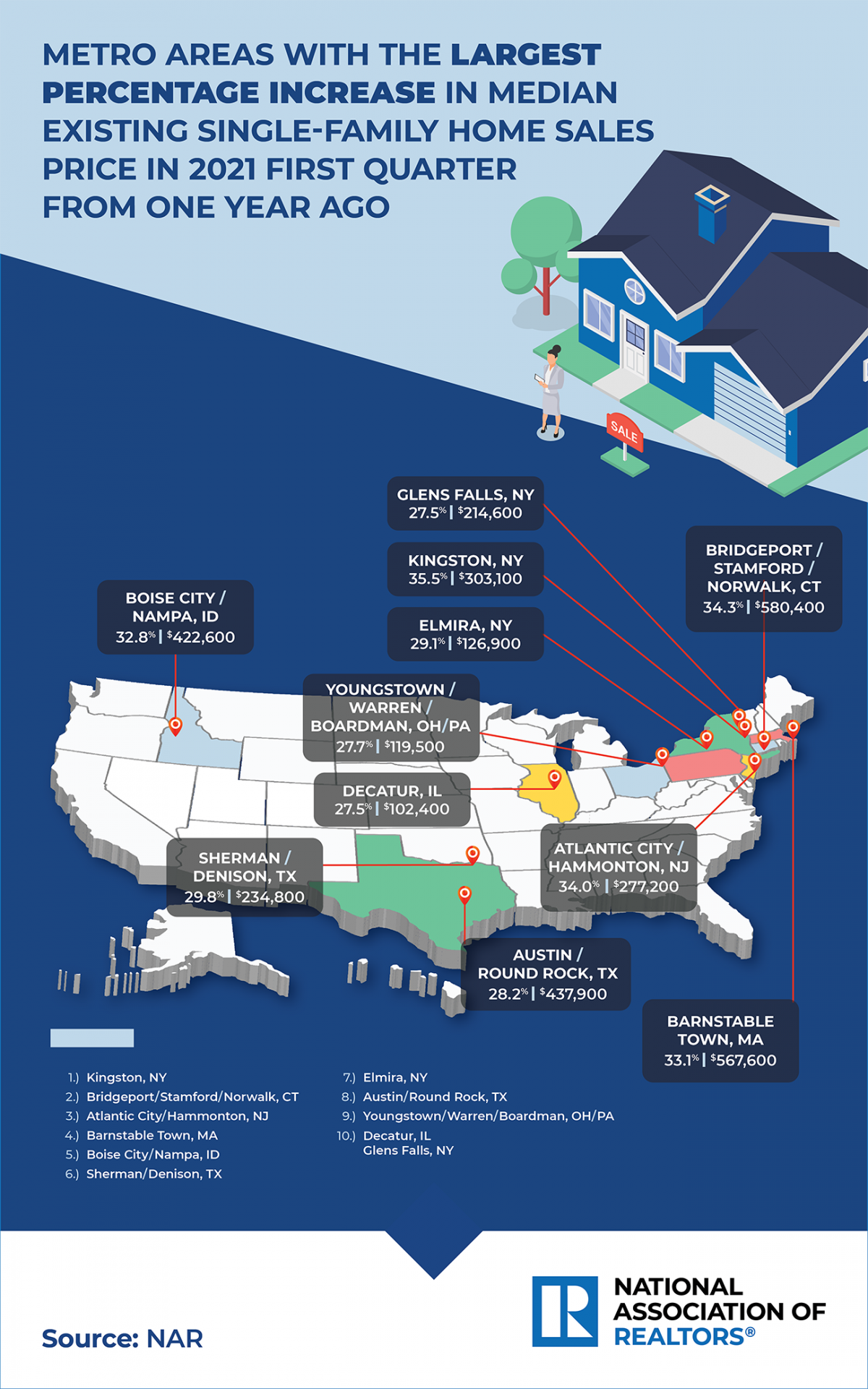 Practically every single one of the 183 metro areas tracked by the National Association of Realtors saw significant year-over-year increases in the price of homes during the first quarter, and a healthy majority of them — 89%, or 163 metros — registered double-digit growth.

In Houston, the median sales price of a single-family home jumped 14.9% on a year-over-year basis to $281,800, the NAR said, citing its quarterly report.

“The record-high home prices are happening across nearly all markets, big and small, even in those metros that have long been considered off-the-radar in prior years for many home seekers,” NAR chief economist Lawrence Yun said in a statement. “With low inventory already impacting the market, added skyrocketing costs have left many families facing the reality of being priced out entirely.”