Members of the National Association of Home Builders (NAHB) elected four senior officers to top leadership positions within the federation during the association’s International Builders’ Show in Orlando.

With more than 800 affiliated state and local homebuilders associations and more than 160,000 members across the country, NAHB is the “voice of the housing industry,” representing the interests of the nation’s housing professionals through advocacy, education and research. 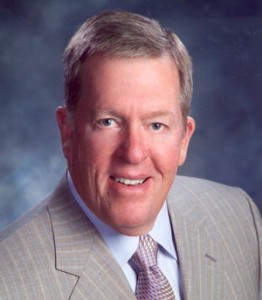 Taking the helm as NAHB’s Chairman of the Board this year is Bob Nielsen, a Reno, Nev.-based home builder. A leader in the Reno area homebuilding and development industries for more than 25 years, Nielsen is president of Shelter Properties, a development and management company headquartered in northern Nevada.

Nielsen has been at the forefront of NAHB’s efforts to strengthen the residential construction industry in response to the current economic downturn. At a time when many banks are under pressure to reduce lending to the housing industry, Nielsen has been working with the banking industry and its regulators to restore the flow of credit to builders for sound projects.

“Policy makers and the financial services industry need to understand that you can’t paint the building industry with a broad brush,” Nielsen said. “There are many solid projects in vibrant markets that are a good investment right now. The housing industry needs credit for those projects in order to get housing going again as an engine of job growth in America.”

Also moving up on the association’s leadership ladder during NAHB’s Orlando board meeting was Gainesville, Fla.-based home builder Barry Rutenberg, who was elected to be NAHB’s First Vice Chairman of the Board. The president of Barry Rutenberg and Associates, Inc., he has more than 35 years of experience in the housing industry and has developed more than a dozen communities and 1,000 homes in the Gainesville area.

Rick Judson, a builder and developer from Charlotte, N.C. was elected to the post of second vice chairman. Judson, who owns the Evergreen Development Group, has several decades of experience in land development and construction of single-family, multifamily and commercial projects.

Kevin Kelly, a Delaware builder and developer with more than 30 years of experience in the building industry, was elected as the 2011 Third Vice Chairman of the Board. Kelly has been a builder and developer since he joined Leon N. Weiner & Associates in 1979 and became actively involved at the Home Builders Association of Delaware. His building experience includes land development, multifamily and single-family home building, construction financing and property management.

2010 NAHB Chairman Bob Jones, from Bloomfield Hills, Mich., remains on the leadership ladder as Immediate Past Chairman. Jones is president of Robert R. Jones Homes, specializing in land development and the design and construction of single-family luxury homes throughout metropolitan Detroit.

Rounding out the association’s leadership is NAHB Chief Executive Officer Jerry Howard, from Washington, D.C. Howard heads up a professional staff of more than 250 working out of the National Housing Center in Washington. He has served as the association’s CEO/EVP since February of 2001. Previously, Howard was NAHB’s chief tax counsel.