National Home Prices on the Rise

For the first time in six months, home sales in the 54 U.S. markets surveyed in the RE/MAX National Housing Report are greater than one year ago. The year-to-year sales difference has been improving for three consecutive months; in January 2011, year-to-year sales turned positive with a 0.7% increase in sales from January 2010.

The trend has been led by several cities experiencing double-digit sales growth. In addition, according to the National Housing Report, home prices, which have been relatively stable, were 4.6% lower than in January 2010. The inventory of homes for sale continued a downward trend, and is now 5.6% lower than January last year. 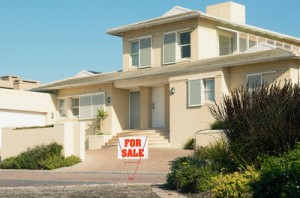 “We’re very pleased that sales this January are higher than last January, and we’re hopeful that this indicates even higher sales this spring,” said RE/MAX CEO Margaret Kelly. “Although inventories have been steadily shrinking for months, an increase in foreclosure activity could reverse this trend and produce additional pressure on prices.”

The year-to-year change in transactions has also been improving for three months, -30 percent, -25 percent and -5 percent, and in January finally turned positive with a 0.7 percent increase over January 2010. Twenty-seven markets, including some that were hardest hit by the housing crisis, experienced exceptional year-to-year growth in home sales, according to the report: Miami, FL +29.5 percent, Tampa, FL +21.8 percent, Richmond, VA +20.5 percent, New Orleans, LA +16.9 percent, and Phoenix, AZ +16.5 percent.

According to the National Housing Report, overall inventory of all 54 metro areas was down 3.6 percent from last month and down 5.6% from January 2010. The “Months Supply of Inventory” in the report for January was 10.1, which has remained above 9 for six months and above 10 for the last three months. This section of the report indicates how many months would be required to clear all the homes on the market at the current rate of sales. A balanced market of buyers and sellers is said to be a 6-month supply.