First Tier Suburbs Are a “Sweet Spot” For Development and Investment

Once bypassed in the stream of investments being funneled into downtown cores and outlying suburbs, first-tier neighborhoods are emerging in the post-recession era as major magnets for urban growth, according to Urban Land Institute Chief Executive Officer Patrick L. Phillips. 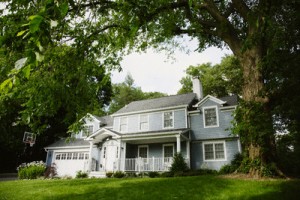 Phillips spoke on the potential of inner-ring suburbs during a keynote presentation at  “Sustainable Suburbs: Re-Imagining the Inner Ring,” an event hosted by the North Carolina  State University College of Design and the Raleigh Department of City Planning. The appeal of close-in neighborhoods, Phillips said, is rising due to their proximity to major employment centers and to transit options – unlike far-flung “exurbs,” which are experiencing a high volume of foreclosures resulting from the recession. The convenience-related and time-saving features of first-tier suburbs have become more important to consumers as urban areas have become increasingly congested, he noted.

“It’s clear that the disconnect between housing and jobs, long daily commutes and time wasted in traffic is causing more and more people to rethink how and where they are living,” Phillips said. “This bodes well for first-tier suburbs. Not so well for the exurbs.”

Phillips pointed to several “forces of change” related to population and demographic shifts that will likely redefine living and working environments in the U.S. for decades ahead:

Phillips cited findings from ULI’s publication Housing in America, which shows a desire by both baby boomers and Generation Y to live in more pedestrian-friendly, transit-oriented, mixed-use environments that de-emphasize auto dependency. This preference will hold true for suburban development, he predicted.

“Suburban development in the 21st century cannot mean sprawling development; that simply is not a sustainable growth model. In the suburbs, less land will have to be used to accommodate more people,” Phillips said.

“We’ve learned that there is a market for compact, mixed-use design, smaller housing space, and development that minimizes the need to drive. The demand for this has stretched beyond downtown cores and into the suburbs, and it is the first-tier suburbs that are best positioned to accommodate this type of development.”

A general push toward more environmentally conscious development, driven by efforts to reduce energy use and lower carbon emissions, is also reshaping growth patterns, Phillips said. Development that minimizes the need to drive, combined with greater auto fuel-efficiency, can help make a measurable reduction in carbon emissions, he explained.  “The link between land use, driving, climate change and environmental preservation makes a strong case for innovative community building throughout urban regions, particularly in suburban areas.”

As the evolution of U.S. urban regions continues, “piece-meal, haphazard and poorly connected development will become a thing of the past,” Phillips said. “What we can expect is more dense development aimed at conserving energy, water and land. We’ll see better coordination of land use planning and transportation planning, so that more development is oriented toward transit options.

“The land use industry has reached a pivotal point. We have entered a time in which reuse and redevelopment will be prevalent. In this environment, inner-ring suburbs are in the sweet spot.”