“Knowledge is power” is the mantra implied by the Consumer Financial Protection Bureau’s (CFPB) newly pitched Know Before You Owe project. The project aims to consolidate two federally required mortgage disclosures (the Truth in Lending form and the Good Faith Estimate) into one clear-cut document. 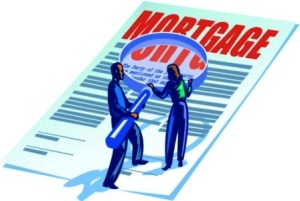 Starting today, the program will be testing out two potential mortgage forms.

Along with making the costs and risks of the loan clear, consumers will be able to compare offers, according to the press release.

Consumers understanding the true costs and risks of a mortgage, lenders and brokers ability to explain the form to their customers, and potential improvements/ways to make things clearer are the main objectives the website is asking participants to evaluate.

Although still early in the process, some comments on CFPB’s website show early contempt toward the potential changes.

“The new form still doesn’t address the two biggest problems in the industry,” said Evan LeFloch in his comment. LeFloch worries that the form does not clarify a return date ( a necessity for the customer), or the assumptions made by a broker/lender for their loan quote.

The lumping of certain costs (specifically those that made up prepaid costs) was a commonly identified issue from several industry professionals.

“If the forms broke out the transactional costs from the prepaids, borrowers would have a better, clearer understanding of the moving parts of their mortgage. When I tell them my closing costs are $2,600 and then the GFE says $5,000, it’s confusing. I will not vote for either of these options because they are both fundamentally wrong,” said Eric Peltier, a mortgage lender in Boulder, Colorado.

Peltier was not alone in his opposition of the changes. “I would not choose either of these forms. While better than what we are using now, they are still not consumer friendly,” said Linda Miller.

Others are not entirely resistant to the proposed changes, but providing constructive criticism as the process begins.

“Both of these forms worry me,” said David Whitcomb, going on to explain the pros and cons he found in each form. “I like the form more than what we have now, but still think it could be improved upon.”

Some individuals were content, saying the forms were nice and simple, a primary concern for the new forms.

Consumers and industry members are invited to weigh in on the two options over the next few months. After several rounds of interviews, evaluating, and revising, the CFPB will issue the proposed forms by July 2012 in accordance with the Dodd-Frank Act.