National home prices are expected to stabilize within two years, according to chief economist of Fiserv, David Stiff, said the Chicago Tribune. 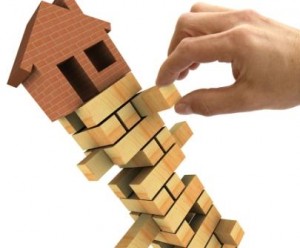 Despite strong consumer belief that the housing market will not recover until 2014, Stiff is adapting a slightly more optimistic outlook.

Fiserv believes we are currently in the darkest period of the housing market, saying prices will go “pretty much nowhere” for three to four years, with stabilization on the horizon within two years for the majority of the country.

In the past, the firm strayed from the pack, with other economists claiming market stabilization within the past couple of years, but, now, the firm, noting widespread housing affordability, expects the end is near.

However, Stiff remarks that the job market still has a great weight on the potential stabilization. Without employment growth, or even worse, with worsening unemployment, buyers may lose interest–even with rock-bottom house prices.

However, this process is not expected to be easy, as the hardest hit markets are estimated to remain weak for another year and a half at minimum, Stiff said. Markets with heavy foreclosure activity are also expected to struggle.

Tacoma, Wash. is projected as the best faring housing market according to the firm’s data. Other well-off areas were: Memphis, Tenn., Pittsburgh, Boise, Idaho, and Rochester, N.Y.

Orlando, Fla., Detroit, Miami, Riverside, Calif, and West Palm Beach, Fla. are expected to struggle the most, stabilizing behind most of the country in the end of 2012.