When will the economy recover? Answers have fallen in the 2011 to 2014 range, depending who you talk to. Housing Wire spoke with Freddie Mac Chief Economist Frank Nothaft, who optimistically anticipates that a better economy is right around the corner in the second half of 2011, foreshadowing an improved housing market to come. 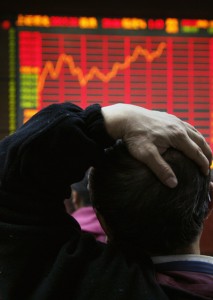 “Even though near-term concerns over income and sales growth are restraining consumer spending, business hiring, and new building, a number of positive signs in the economy indicate that growth will continue and is likely to accelerate in the second half of this year,” Nothaft said to Housing Wire.

Nothaft expects the unemployment rate to drop to 8.6 percent by the fourth quarter; the unemployment rate is 9.1 percent for May, slightly up from 8.9 percent in February, according to US Bureau of Labor statistics. Nothaft also expects mortgage rates, for the remainder of 2011, to remain between 4.5 percent and 5 percent.

Although Nothaft believes that consumers are hesitant to buy a home in the current economy, a recent poll from NAHB shows that consumer desire to own a home is still intact. “Countering recent claims that housing, and homeownership in particular, has fallen out of favor with the American public, the poll results indicate that homeownership and housing choice should remain national priorities,” said the post.

“Some potential buyers who have the means to buy are awaiting clearer signs that home values have firmed,” Nothaft said to Housing Wire.

He added that “the rental sector is a lone bright sign in today’s housing market.” Rentals are expected to heat up as part of the “real estate cycle”– a cycle which Nothaft sees as a significant sign that we are nearing recovery, with home sales exceeding the pace seen last year.

“Look for a gradual improvement in housing activity in the coming year,” Nothaft said in the article.