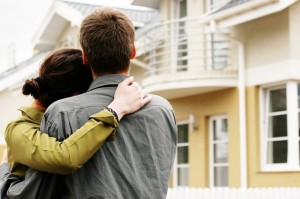 NAHB seeks to prepare an index focused on growth in metropolitan areas.

“Housing conditions are local and do not always reflect the national picture,” said NAHB Chairman, Bob Nielson, in a release today.” We created this new index to shine a light on those housing markets across the country that have stabilized and begun to show signs of recovery.”

The IMI has been greatly anticipated by the housing market and received attention earlier this past August in a Chicago Agent article.

Twelve metropolitan areas have shown at least six months of improvement from their lowest point and made the IMI list this month. New Orleans and Pittsburgh were among the few that made the cut. NAHB Chief Economist David Crowe notes that, “it’s not surprising that many of the states represented are energy rich areas.”

The NAHB distinguished three constituents of the housing market used to measure growth: housing permits, employment, and home prices. Crowe continued to point out, “last year at this time, there was not a single market that showed improvement using these criteria.”

The IMI will integrate data from several sources in its monthly release. The U.S Census Bureau will provide single-family permit numbers, employment growth data will originate from the Bureau of Labor Statistics, and the Federal Home Loan Mortgage Corporation will provide house price appreciation data.