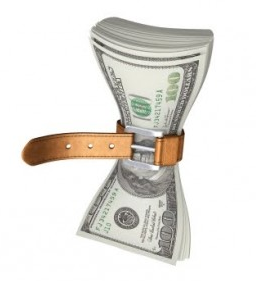 The FHFA has proposed changes to mortgage service fees.

The Federal Housing Finance Agency (FHFA) offered two plans for revamping mortgage servicing compensation. One model would reduce percentage-based servicing fees on government-sponsored enterprise loans and set aside three to five basis points of the principal balance to fund special servicing. The other would establish a fixed fee for each loan serviced and separate “the reps and warranties guarantee that was made by originator/servicers from the servicing contract,” according to Sterne Agee analysts Henry Coffey Jr. and Jason Weaver.

“It’s a step in the right direction,” said Steve Horne, CEO of Wingspan Portfolio Advisors. “There is clearly a misalignment of incentives and interests under the current compensation structure.”

“I applaud the fact (the regulator) is saying special servicing should be independent of primary servicers. I appreciate the intent,” Horne said.

Housing analyst Dung Bendt, addressing the potential concern that “servicers will have reduced disincentives to solicit borrowers for refinance,” said, “FHFA plans to require the GSEs to monitor servicers and give them the option to impose fees on those with prepayment speeds much faster than their peers.”

“The creation of a reserve account or a set of special fees to pay for nonperforming servicing creates the funds to pay for the extra services and legitimizes the concept of a special servicer,” Coffey and Weaver of Sterne Agee added.

The Sterne Agee analysts do not think the FHFA proposals will have a negative effect on payment speed, as some claim it will, since the “driving force behind mortgage refinance is not servicers.”

“Under Basel III, banks could be required to allocate up to 17% of capital to MSRs. By potentially reducing/eliminating excess servicing and facilitating the more ready sale of MSRs, these proposals should be a positive for banks,” the analysts at Sterne Agee concluded. “The proposals should reduce the capital commitment required to originate mortgages, a positive for smaller, non-bank originators and by implication a negative for bank originators.”

“I think it’s a good opportunity,” Horne said of the proposals. “It’s consistent with a lot of trends. Special servicers have existed for years in the commercial space.” Horne concluded it is time for them to move more into the residential space.