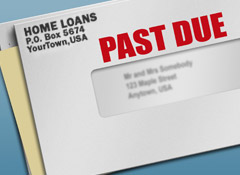 Serious delinquencies for single family homes, which are loans that are either in foreclosure or three month’s late on payments, declined for both Freddie Mac and Fannie Mae in August.

Bill McBride, who writes the popular financial blog Calculated Risk, offered some perspective on the dramatic rise and steady fall of the delinquency rates: “Some of the rapid increase in 2009 was probably because of foreclosure moratoriums, and also because loans in trial mods were considered delinquent until the modifications were made permanent.”