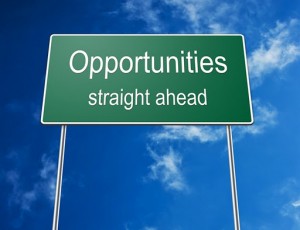 Refinancing and affordability offer two big opportunities in housing today for those able to take advantage of them.

Affordability is a main feature of today’s market, as depressed prices have produced one of the most accommodating buyer’s markets in recent memory.

Scott Simon, who heads Pacific Investment Management Co., said in Gittelsohn’s piece that if one can get a mortgage, housing’s current affordability is tough to match.

Such affordability has opened the door for investors, many of whom are buying several properties in hopes of serving housing’s growing need for rental units.

For instance, Gittelsohn describes the business plans of Larry Alexander, a landlord based in Omaha, Nebraska who is planning to buy four foreclosed properties and rent them out for at least $650 a month. Three-bedroom foreclosures are on the market in Omaha for as little as $50,000.

“There are so many deals to be had,” Alexander said to Gittelsohn. “If you’re a cash investor, you can usually get them for 60 cents on the dollar.”

Another area of opportunity is the refinancing market, where homeowners have clamored to take advantage of low interest rates. In fact, at the present moment, the 30-year FRM average from Freddie Mac is at 3.91 percent, a new record low. According to Gittelsohn, more than two-thirds of the $20 million in mortgage originations in the Great Plains in 2011 were refinancings; in addition, data from the Mortgage Bankers Association for the week ending Dec. 16 reported that 80.7 percent of home-loan applications were for refinancings.