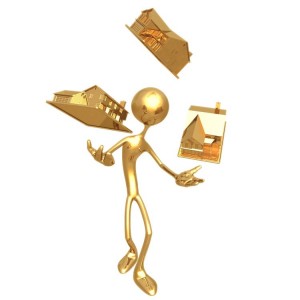 Home flipping will continue on the FHA's watch, thanks to a new waiver passed by the agency.

The Federal Housing Administration (FHA) has renewed a waiver for an anti-flipping regulation through 2012, according to a press release just issued by the agency.

Originally passed to limit home flipping – the housing strategy of buying cheap properties and quickly renovating them for a fast re-sale – the FHA’s anti-flipping law was originally waived in 2010, and that waiver has now been renewed in each subsequent year.

Acting FHA Commissioner Carol J. Galante said the waiver was extended for economic reasons, namely in the area of foreclosures and home sales.

“This extension is intended to accelerate the resale of foreclosed properties in neighborhoods struggling to overcome the possible effects of abandonment and blight,” Galante said.  “FHA remains a critical source of mortgage financing and stability and we must make every effort to promote recovery in every responsible way we can.”

So though the anti-flipping regulation was initially passed to limit reckless speculation, the FHA now fears that it will adversely affect the housing market, which is still in sensitive territory. Furthermore, foreclosed properties continue to be a drain on housing, and with the government’s holdings of REOs already at a considerable level, the waiver could stimulate interest from flippers.

Certain housing markets are particularly affected by foreclosure backlogs. As a recent article by CNNMoney phrased it, “low-income neighborhoods are particularly plagued by foreclosed homes that lower property values and act as magnets for crime and other social ills. Real estate flippers often rehab these damaged homes before reselling them, improving conditions for neighborhoods.”

And since the original waiver went into effect on Feb. 1, 2010, the data would seem to support the FHA’s intentions. According to the FHA, it has insured nearly 42,000 mortgages worth more than $7 billion on properties resold within 90 days of acquisition, or, property sales that would have been forbidden under the anti-flipping regulation.

Granted, there are still regulations that home flippers must follow when seeking FHA insurance, including: