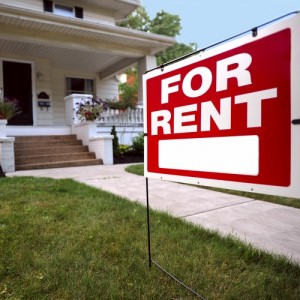 According to a government source, we may be on the verge of an REO to rental conversion program.

Not even a week after the Federal Reserve published an economic white paper urging government action on REOs, word has trickled out of Washington that the government, in cooperation with Fannie Mae and Freddie Mac, is planning a pilot program to sell REOs to investors as rentals.

As reported by CNBC’s Diana Olick, many of the program’s specific details, such as what markets the program will target, what pricing structures it will follow, and especially, who will manage the rental properties, still need to be worked out, but what is known is that officials will focus on addressing areas with the greatest flow of foreclosures with infusions of private capital.

Laurie Goodman, of Amherst Securities, told Olick that though demand for such units is available in the marketplace, it must be concentrated.

“I think there is a fair amount of money in the wings waiting to buy, investors doing cash raises to buy properties on a large scale,” Goodman said. “But that means they have to build out a rental organization; it means they build out a management company, because if you’re accumulating a hundred homes in Dallas that’s very different than running a multifamily building.”

According to Olick’s sources, interested investors are expecting large-scale sales from the government, in the range of 50 to 500 properties per deal worth upwards of $1 billion or more in assets. Though Fannie Mae did orchestrate a sale last June worth $50 million, such a transaction is relatively minuscule compared to the negotiations currently underway for the government’s 250,000 or so REOs.

Jaret Seiberg, of Guggenheim Securities, said to Olick that the pilot program could have distinct advantages for housing.

“We expect several pilots that will involve both local investors and institutional investors. The goal here is to reduce supply by converting foreclosed homes into rental units,” Seiberg said. “Less supply — even less fear about a flood of foreclosed homes hitting the market — could stabilize [home] prices.”