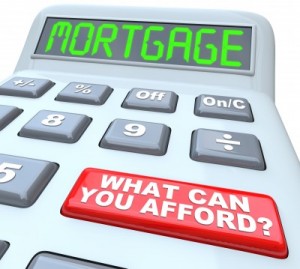 Mortgage mods under the HAMP program will likely fall short of their original goal.

New data from the federal government on mortgage originations suggests that, as previously predicted by scores of analysts and financiers, the Home Affordable Modification Program, or HAMP, will fall short of its modification goals when the program was launched in 2009.

According to the latest data (and a HousingWire piece referencing the stats), servicers participating in HAMP started 26,877 permanent mortgage workouts in November, and so far, 909,000 mortgages workouts have been started since March 2009 when the program started.

On average, HAMP has averaged between 25,000 and 30,000 permanent modifications per month. If that rate continues to the end of 2012 – when the program expires – then total modifications will reach roughly 1.2 million, far short of the 3 to 4 million the White House originally touted at the program’s prospective goal.

Re-default, inevitably, has also posed problems for HAMP, though not to the degree of other modification programs. According to data from the Office of the Comptroller of the Currency, 17 percent of HAMP modifications in 2010’s second quarter became seriously delinquent within one year, though private modification programs posted a 31 percent re-default rate for the same period. Congressional Oversight Panel estimations have put the total number of HAMP loans that avoid re-default at around 800,000.

Given the lofty ambitions in which HAMP spawned, how did its results end up so underwhelming? According to a special report filed nearly a year ago by the Office of the Special Investigator for the Troubled Asset Relief Program, the blame lays in equal measure with the Treasury Department and the servicers recruited by HAMP.

Scorching in its tone, the report criticized the rushed, disorganized 2009 launch as a primary problem, stating that without developed guidelines and adequate market analysis, the program’s performance was immediately hampered.

The report was equally critical of servicers, though, stating the “abysmal performance of loan servicers” further affected HAMP’s performance. Highlighting the lost paperwork, confusing regulations and other “blatant” forms of negligence on the servicers part, the report argued that because servicers were modifying their own loans – and therefore losing revenue on the modified loans lower interest rates – they had little incentive to follow the program’s aims.

“As HAMP approaches its second anniversary, the time has come for Treasury to set realistic and meaningful goals for its collective foreclosure prevention efforts, even though those goals will necessarily be far more modest than those envisioned when the program was announced,” the report stated in conclusion. “Doing so, in conjunction with a thorough reevaluation of its failing programs and imposing discipline on servicers with real penalties for violating program guidelines, will maximize the potential benefits for struggling homeowners going forward.”