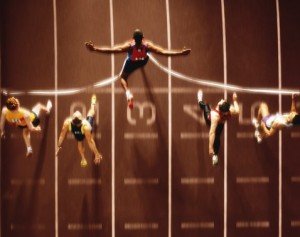 After several months of skewed home sales on account of 2010’s homebuyer tax credit, housing still finished strong in Houston for 2011, with single-family home sales increasing 7.2 percent in December year-over-year and 6.6 percent for all property types.

Wayne A. Stroman, the chairman of the Houston Association of Realtors, said December’s totals are strong indicators of the health of Houston’s market.

“2011 ended on a very promising note,” Stroman said.”We spent a good part of the year struggling to accurately gauge the market because we were comparing to accelerated sales in 2010 that resulted from the homebuyer tax credit. Once we distanced ourselves from that period, we saw clear indications of a healthy market with a balanced supply of housing inventory and strong pricing—conditions that put Houston in an enviable position compared to many housing markets around the country.”

In addition to the gain in sales, prices of single-family homes across Greater Houston for the entire 2011 were up slightly from 2010. The median price, at $160,000, reached an all-time high for a December in Houston, rising 1.9 percent from a year earlier.

News was similarly positive for inventories. Along with months inventory reaching its lowest level in two years, foreclosure sales increased 6.1 percent year-over-year in December, comprising 20.5 percent of all property sales and remaining consistent with the rest of 2011.

Going forward, Stroman said other economic factors will have to support housing.

“The key to sustaining that positive momentum in 2012 will be continued improvement in Houston’s employment numbers,” Stroman said.