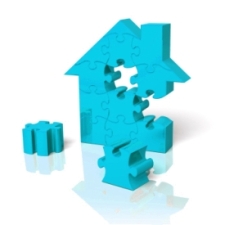 Looser underwriting standards, long thought to be the missing piece to a housing recovery, may be approaching.

It’s no secret that underwriting standards at banks made an about-face following the market scares of 2008, and that some agents have experienced difficulties selling homes in the new lending environment.

A new development, though, would undoubtedly be the loosening of underwriting standards at those same banks, a break that many have pegged as the ultimate sign of a housing turnaround; and according to new data from the Federal Reserve, that reality may not be too far from the present day.

As written by Jessica Wilkie, a Realtor based in Washington, D.C., the latest quarterly survey by the Fed of is member banks showed a big relative shift in lending behavior from banks.

Of the 53 banks the Fed surveyed, none reported that they tightened their lending standards for prime borrowers, a finding that, given past responses, is especially pronounced. Specifically, 50 of the banks said that standards were “basically unchanged,” in the words of the survey, while the other three reported standards that were “eased somewhat.”

Of course, Wilkie also notes that, even with the fourth-quarter stagnation in underwriting, lending standards still remain historically high, especially in regards to household income, overall assets ans credit scores. Just from a year ago, the minimum credit score requirements, downpayment requirements, and maximum LTV ratios are all higher. The Fed’s fourth quarter survey could be a turning point in lending, but a higher number of banks reporting “eased” standards remains the ultimate tell-tale sign of an improved lending environment.

And, interestingly, while banks are easing lending for U.S. mortgages, they are tightening lending on the international scene. The Wall Street Journal reported last week that in response to European debt scares, loans to European counterparts have declined from Fed member banks.