Government Warming Up to E-Signatures 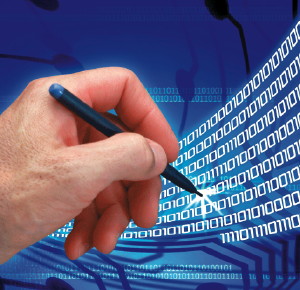 Government agencies have been slow to adapt e-signatures, but that could change in 2012.

Electronic signatures, or e-signatures, are among the more convenient benefits of technological innovation in real estate. After all, given the numerous documents associated with homeownership, simply clicking on electronic documents to provide a signature is infinitely easier than manually writing out the signature dozens of times.

Yet, as National Mortgage News points out in a recent article, until recently, government agencies had been slow in adopting e-signatures for their business models, though upcoming developments at the IRS and FHA suggest that attitude may be a thing of the past.

The IRS, according to the article, is planning to allow e-signatures on permission forms that allow lenders to view tax returns for income verification, while the FHA has considered implementing an entire electronic process that not only features e-signatures, but also matches competing GSE policies. Though the programs have developed slowly, they are anticipated to launch sometime in 2012.

In addition, the Mortgage Bankers Association met with the IRS in the summer of 2011 to discuss e-signatures on 4506-T forms (which allow banks to review borrowers’ tax documents), and since then, the IRS has developed two potential systems: “an e-signature policy that closely resembles the existing request procedure and an automated electronic transcript process,” the article states.

Expediency could improve dramatically under the e-signature policy. Instead of the current model, where documents are printed, signed, scanned and faxed to the lender, an electronic form would simply be signed and submitted electronically with all the other disclosures.

According to the article, 12 lenders have been using an electronic 4506 pilot program since July, though initial impressions of the program are unknown.