Operation Opposition to the REO Initiative from Realtors 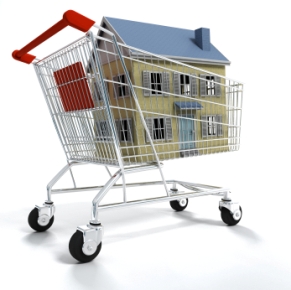 A government plan to sell REO properties in bulk is facing some resistance from Realtors.

The REO Initiative, the government-led plan to convert thousands of GSE-owned REO units into investor-managed rentals, has been meet with both tacit and strong support from economic analysts, but Realtors appear to be lukewarm toward the measure, if a recent release from the National Association of Realtors is considered.

Moe Veissi, NAR’s president, argued in the press release that with REO demand as high as it is, a government-led plan would be superfluous.

“As the nation’s leading advocate for homeownership and housing issues, Realtors support efforts to reduce the high inventories of foreclosures, but all real estate is local and we are concerned that REO-to-rental programs are not necessary in some areas and could even hinder the recovery,” Veissi said. “In many communities REOs are already moving well through the normal processes, so we urge caution when proceeding with a rental program.”

Instead, NAR and Veissi suggest that lenders ease requirements for consumers and increase access to loan modifications, refinancings and short sales. That, in addition to a national advisory board that NAR suggests to oversee the REO initiative (to ensure, according to the release, that the plan truly aids local communities), would be a more helpful way to address the country’s stock of REO properties.

Lawrence Yun, NAR’s chief economist, also said the REO plan is unnecessary, main because inventories have been falling the past year and are in no need for an REO program. He did admit, though, that the Initiative could work in select markets.

“Inventories of condos and single-family homes for sale continuously fell last year, suggesting that there is no significant oversupply of visible foreclosure inventory in the market,” Yun said. “Even the shadow inventories of distressed homes have fallen, though they remain elevated and are an ongoing concern. The government REO-to-rental plan could work in areas where buyers are not quickly absorbing the shadow inventory.”