Outlook Brightens at the Federal Reserve 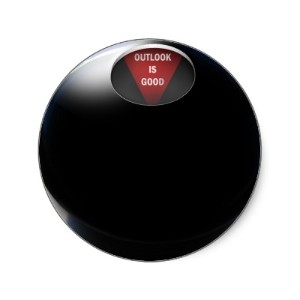 The Fed revised its economic outlook yesterday for the better, and the markets responded accordingly.

Policy makers at the Federal Reserve raised their expectations for the economy in 2012, with stronger-than-anticipated results in employment and consumer behavior motivating the positive change in perspective.

The Fed said it expects moderate economic growth and gradually declining unemployment throughout 2012, according to Bloomberg, and its statements pushed the Dow Jones Industrial Average to its highest closing level since 2007.

In addition, the S&P 500 is up 9 percent through yesterday (and the index completed its best February since 1998), and household confidence, which is measured by Bloomberg’s Consumer Comfort Index, hit its highest point in four years.

“All of the data we’re seeing suggests the overall economy and customer sentiment are improving,” he said.

And the job markets in February support Dillon’s sentiment. Employers added 227,000 workers for the month, giving the job market its best six-month period of growth since 2006.

“There’s real improvement here, and we’re definitely on the recovery path” he said.

The Fed also reiterated its commitment to low interest rates and its famed “Operation Twist” policy, in which the Fed sold $400 billion in short-term, mature bonds and purchased roughly the same amount in government-backed mortgage securities. The entire amount, though, has not been spent, and Fed indicated it would continue with the policy to keep interest rates low.