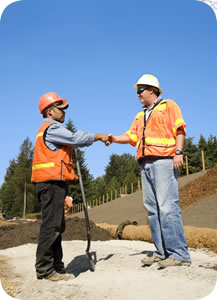 Builder confidence suffered no ill effects in March, maintaining some of its best levels in years.

The National Association of Home Builders/Wells Fargo Housing Market Index (HMI) maintained its highest level since June 2007 in March, with the national measure holding steady at 28 and gaining two points in the South to settle at 27.

A key measure of builder confidence for newly built, single-family homes, the HMI is derived from a monthly survey the NAHB conducts that gauges builder perceptions on current single-family home sales and sales expectations for the next six months, along with the rate of traffic for prospective buyers.

“While builders are still very cautious at this time, there is a sense that many local housing markets have started to move in the right direction and that prospects for future sales are improving,” Rutenberg said. “This is demonstrated by the fact that the HMI component measuring builder expectations continued climbing for a sixth straight month in March, to its highest level in more than four years.”

David Crowe, the NAHB’s chief economist, placed the HMI’s recent gains in a historical perspective that only made its progress more impressive.

“Builder confidence is now twice as strong as it was six months ago, and the West was the only region to experience a decline this month following an unusual spike in February,” Crowe said.

Though the HMI component for current sales conditions declined one point to 29, the component gauging sales expectations gained two points to 36 and the prospective buyer component held unchanged at 22. Builders are asked to rate the two former components on a scale from “good,” “fair” to “poor,” while prospective buyer traffic is rated from “high to very high,” “average” or “low to very low.” Any number over 50 indicates that more builders view conditions as good than poor.