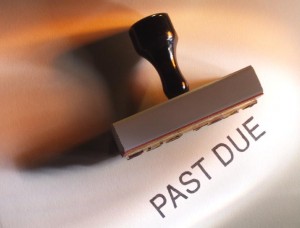 The FHA's finances may be back in the headlines in coming weeks, but the future is not completely bleak.

Throughout most of 2011, the finances at the Federal Housing Administration (FHA) received considerable media attention, with analysts and politicians alike predicting the end of the agency.

An recent infusion of funds was thought to have alleviated those concerns, but new data on the agency’s portfolio of loans has one again raised questions about its future.

More than a month ago, when the attorneys general in 49 states announced the conditions of the $26 billion mortgage settlement with Bank of America, JPMorgan Chase, Wells Fargo, Citigroup and Ally Financial, one of the more notable features was a $1 billion sum for the FHA for abusive foreclosure practices and faulty loans.

After the funds were announced, Carol Galante, the FHA’s acting commissioner, said the previous statements on the FHA’s finances were “obsolete” (referring mostly to the Obama White House’s 2013 Budget, which had called for up to $688 million in U.S. Treasury Department funds for the FHA), and after the FHA announced substantial premium hikes to begin in April, funding for the agency seemed to be a dead issue.

Analysis of the FHA’s delinquency portfolio over at Calculated Risk, though, may suggest otherwise. Though the blog predicted a monthly decrease of seriously delinquent loans from 732,775 in January to 722,030 in February, those declines have come after a sustained increase in the agency’s delinquent totals.

For one, that earlier total for February is a substantial increase from October 2011, when seriously delinquent loans totalled 657,552, but the trend is even more pronounced when looking at data from 2010. In October 2010, 8 percent of the FHA’s 6,658,560 loans were seriously delinquent, a total of 532,938. At the close of February, though, those 722,030 loans were 9.63 percent of the agency’s 7,499,802 loans, a 20 percent increase from a year and a half ago – and this when the FHA has never played a more integral role in the government’s ever-evolving approach to the housing industry.

There could very well be light at the end of the tunnel, though, if Freddie Mac’s latest internal analysis is any indication. Long the target of scorn for its boom-era investments and subsequent losses, Freddie has lost $73.2 billion since 2008, and 90 percent of its 2011 losses were the result of loans originated between 2005 and 2008. As of Dec. 31, 2011, though, more than half of the GSE’s loans were originated after 2008, and those loans, along with accounting for just 1 percent of 2011’s losses, had a serious delinquency rate of just 0.30 percent, much lower than the 8.75 percent of the earlier loans.

So now that Freddie is beginning to clear out its earlier, more risky loans, its post-boom portfolio shows a visible return to health and profitability; perhaps the same trend will occur at the FHA? Give us your thoughts!