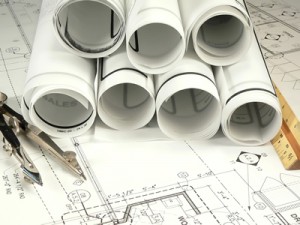 The ABI was positive for the fifth straight month in March.

The Architecture Billings Index (ABI), one of the leading economic indicators of future construction activity, reported positive numbers yet again in March.

The fifth straight month that the index has been in positive territory, the ABI finished the month at 50.4, down just slightly from 51 in February, according to the most recent press release from the American Institute of Architects (AIA).

A representation of architectural activity, if the ABI is above 50, that indicates an increase in billings, or, heightened demand for design services. In addition, the new projects inquiry index, a separate measure, was 56.6, a bit of a decline from the 63.4 of February that was, at the time, the highest total for the index since July 2007.

The ABI operates on a nine to 12 month lag between architecture billings and construction spending. Kermit Baker, the AIA’s chief economist, said though economic optimism is in the air, some architectural firms are still having a tough time.

“We are starting to hear more about improving conditions in the marketplace, with a greater sense of optimism that there will be greater demand for design services,” Baker said. “But that is not across the board and there are still a number of architecture firms struggling, so progress is likely to be measured in inches rather than miles for the next few months.”

The commercial sector, as in February, had the most demand among the ABI’s sectors at 56.0, with multifamily close behind at 51.9 and then institutional at 47.7 and mixed practice at 47.2. Multifamily activity has been one of the most active segment of real estate the last six months, and as we just reported last week, government lending firms have been at the forefront of its expansion.

In comments on the index, Bill McBride at Calculated Risk predicted the recent drop in the ABI’s readings may indicate a decline in investment for the first half of 2012, but one that may stabilize later in the year.

“According to the AIA, there is an ‘approximate nine- to 12-month lag time between architecture billings and construction spending’ on non-residential construction,” McBride wrote. “So this suggests further declines in CRE investment in early 2012, but perhaps stabilizing mid-year.”