What Were the Impacts of the 2010 First-Time Homebuyer Tax Credit? 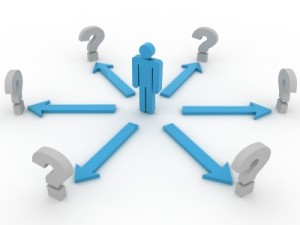 Hindsight is always 20/20, but most of it is not positive regarding 2010's homebuyer tax credit.

The 2010 First-Time Homebuyer Tax Credit was one of the Obama administration’s first big policies for housing, but its impact has been debated since its expiration.

And now Dean Baker, a noted economist and researcher, has published a detailed report through his Center for Economic and Policy Research that analyzes the results of the credit – and his findings are not entirely positive.

Baker begins his report with the positives – there is “little doubt,” as he writes, that the credit had a substantial impact on the housing market when it was launched in 2009. Sales, which had fallen below 400,000 a month in January and February of 2009, jumped to 460,000 in June (the first month buyers could utilize the credit) and continued to rise through the rest of the year, peaking at 600,000 in November. Sales were so strong, in fact, that the credit was extended into 2010, and sales remained high through April, when the credit expired.

Once the credit expired, though, sales immediately reverted back to their earlier levels, falling to 380,000 in July of 2010. The impact on prices was even more dramatic. Though the credit effectively halted the precipitous decline in home values that had followed the 2008 recession, they resumed their downward trend with the credit’s expiration, and by the end of 2011, they had fallen 8.4 percent from the “credit-induced peak,” as Baker describes it.

He goes on: “The credit gave people an incentive to buy sooner than would otherwise have been the case, pulling many purchases forward. That meant an increase in demand for the months when the credit was in effect, at the cost of lower demand in subsequent months.”

Because of that strange pocket of demand, several segments of the real estate community did benefit. For instance, sellers, who escaped the post-credit price declines, were able to unload their depreciated properties for a relative profit; lenders, who were able to sell many distressed existing properties, avoided short sales and the hair cuts that accompany them; and builders, who sold some of their unsold new construction properties left over from the boom years, were able to make a dent in the nation’s considerable backlog of vacant homes.

The one group that did not benefit, Baker writes, is the homebuyers, who were caught in the middle of a process that slowed the natural depreciation following the bursting of the housing bubble: “Many homes were sold at higher prices than would otherwise have been the case. This unambiguously benefitted lenders, who were able to collect a higher percentage of outstanding mortgage debt as a result of the delay in the bubble’s deflation, and also homebuilders who were able to sell newly-built homes at higher prices than they could have otherwise. Homeowners who sold in this period would have benefited if they moved into a rental unit; if they bought another home, the gain from the higher sale price would be largely offset by a higher purchase price.”

Those problems are particularly marked at the local level. In Chicago for instance, prices for homes in the “bottom tier” (the lower third of the home values) were down 31.4 percent from June of 2010 to December of 2011. In Atlanta, prices in the same period were down an astounding 49.1 percent. Those declines, inevitably, mean that the many homebuyers who were inspired to purchase property by the tax credit are now underwater on their mortgages, and in cities with double-digit declines, the amount they have lost in the home’s value could be more than the tax credit they received for purchasing the home.

“At least for these homebuyers, it is difficult to view the tax credit as very wise policy,” Baker wrote.

Thankfully, that is in the past, and as we’ve written in recent weeks, the government has unrolled new housing programs that appear, in their initial stages, to be quite effective. The FHFA’s REO conversion program, which has strong economic support, was recently extended to accommodate unexpected demand; the $26 billion mortgage settlement has spurred a new wave of short sales, pushing the transaction approach past foreclosure sales for the first time; and the new revisions to HARP are creating big changes in bank’s margins.