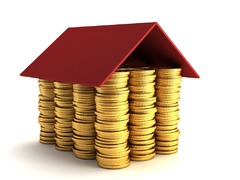 The NAHB jumped into the housing finance debate with an op-ed by Chairman Barry Rutenberg.

NAHB Chairman Barry Rutenberg has become the latest proponent for housing finance reform, arguing in an op-ed for a comprehensive overhaul of the current system.

“Our goal is to overhaul the housing finance system to ensure that housing credit is available and affordable in the future and is delivered through a system that is competitive, efficient, safe and stable,” he wrote.

To accomplish that, Rutenberg and the NAHB have recommended a system that balances private, federal and state sources of financing to offer what Rutenberg calls a “menu” of mortgage products, one for both the single-family and multifamily markets that is effectively underwritten and regulated.

They key to achieving that setup, Rutenberg continued in his letter, is the gradual slow-down of Fannie Mae and Freddie Mac, the two GSEs that currently account for a vast majority of new mortgages in the present housing market. Under the NAHB’s plan, Fannie and Freddie would be replaced with a system of private housing finance entities, or HFEs, that would serve the same purpose as the GSEs in buying mortgages and packaging them into securities that are attractive to investors.

“The HFEs would only purchase mortgages that have reasonable risk characteristics, such as standard 30-year, fixed-rate loans,” Rutenberg wrote. “The HFEs would operate under the oversight of a strong independent regulatory agency to ensure all aspects of safety and soundness.”

Federal support would also be present in the conventional mortgage market, where originators wold pay premiums to an FDIC-like insurance fund that would cover any possible losses and ensure payment to investors. That twist, though, represents one of the biggest features of the plan. The government would be the insurer of last resort only for the securities of those originators, not the mortgages themselves, as so happens with Fannie, Freddie and the FHA.

Among the NAHB’s other recommendations were:

Near the end of his letter, Rutenberg acknowledged that given the legislative debates currently underway in Washington, any significant progress on housing finance reform is unlikely, as least in the short term. And the latest housing reform efforts support his conclusions. After beginning 2012 with a bang, progress toward a GSE-reform effort has stalled, to the point that HUD Secretary Donovan said reform is unlikely “anytime soon.”