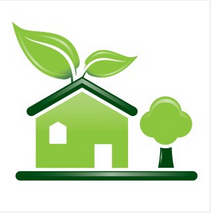 Is there a "Prius Effect" on homes? New research suggets green certifications could be quick influential on a home's sale price.

In the real estate community, there is a fire burning – are green homes all that they’re cracked up to be? And more importantly, do they add anything to a home’s value?

Such questions have been asked with increasingly regularity as green features become more and more common in residences. After all, in 2011, 17 percent of newly-constructed homes were green, and by 2016, builders anticipate that number to grow to 38 percent. So is this simply a trend, or is there something tangible to it? Some researchers in California think they’ve found the answer.

Conducted by Matthew E. Kahn of UCLA and Nils Kok of the University of California at Berkeley, the research did the following:

In doing that, they found that a green certification label adds an average of 9 percent to a home’s selling value, a boost they labeled the “Prius Effect.” Unexpectedly, in areas where environmental consciousness is stronger (a measure the researchers based on the number of registered hybrid cars in the area), there was a greater willingness to pay for green premiums.

In an article on the researcher’s findings, columnist Kenneth Harney pointed out a couple of interesting nuances to the green home debate.

Of course, Kahn and Kok’s research deals with California, where the green movement enjoys the largest and broadest base of support, so things may be a bit different here in the Midwest. Bill Styczynksi, the owner of Styczynski Walker & Associates, Architects, a custom home firm based in the Chicagoland area, said a number of the homes his firm has designed in 2012 have green features, and one they just finished in LaGrange is LEED certified. And though his firm functions more on a home-by-home basis, Styczynksi said green building is still more of a niche in the Chicagoland market.

“There certainly is a fair share of [green homes],” he said. “But I don’t see it as a huge trend yet.”

However, Styczynksi did highlight the considerable progress green building has made in Chicagoland in the last few years. “Five years ago, nobody talked about it,” he said. Now, in addition to green certifications becoming more mainstream, he said such distinctions are also becoming valuable marketing tools for agents. MRED, for instance, now allows agents to describe the green features of a property on the MLS, along with checking off certain green features and certifications.

So, is a 9 percent premium for green-certified homes accurate with your experiences? Or is this just the latest case of overzealous tree huggers trying to justify their environmental concerns? Let us know!