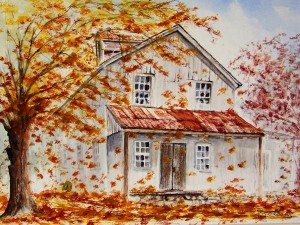 The latest Redfin Real-Time Demand Pulse report shows that interest from prospective homebuyers has slowed little in the fall, and may very well continue into 2013.

We recently wrote that prospective home sellers should not count out the fall and winter months for their real estate needs, and based on the October Real-Time Demand Pulse from Redfin, it appears quite a few homeowners are thinking the same thing!

A measure of home tours and offers by prospective homebuyers in the month of September, the Real-Time Demand Pulse showed that consumer demand for housing has continued strongly into the fall, suggesting that the strong year-over-year gains of the summer homebuying season will remain through the rest of 2012.

Redfin found the following stats in the Real-Time Demand Pulse:

Glenn Kelman, the CEO of Redfin, said that the behaviors of prospective homebuyers suggest that housing demand will likely increase in 2013 and build off 2012’s gains.

“Not every would-be home-buyer has the credit to buy a home, or enough equity to sell his old place,” Kelman said. “But, even when the number of touring homebuyers increases only modestly, these folks don’t hesitate to make an offer when the right home is for sale. This suggests to us that as rising prices draw more inventory onto the market, and as credit starts to ease, demand will likely increase in 2013 rather than decrease.”

And Redfin concludes that such demand could create some market conditions that, in the post-boom real estate market, some of us had forgotten about, such as continued pressure on prices and genuine competition among prospective buyers for less and less available homes.