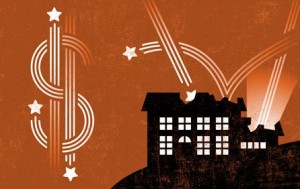 The presidential election may be sucking up the airwaves, but three immensely important housing policies are currently on Congress' legislative platter.

The presidential election cycle is massive – all-encompassing, even – and it has the nasty habit of overwhelming the daily news cycles and rendering all other news items obsolete. But of course, the United States does not cease operation because two individuals are running for the highest office in the land, and we wanted to draw your attention to three important housing policies that are being debated now by Congress, amidst the election season.

The three housing policies currently on Congress’ lame-duck platter are all well known to real estate professionals, and all deal with common areas of the housing process:

1. Mortgage Forgiveness Debt Relief Act – This legislation, as we covered in our cover story on real estate and politics, is among the chief targets for the lobbying wing of the National Association of Realtors, and for good reason. Effectively excluding forgiven mortgage debt as taxable income in the event of short sales and other transactions, the expiration of the act (which is schedule to occur at the end of the year) could have a profound impact on distressed property sales and active housing inventory. Syndicated columnist Kenneth R. Harney has written that there is a pending bill from the Senate Finance Committee and “at least” four bills in the House, which would extend the act anywhere from one year to three.

2. Mortgage Insurance Premium Deductions – Interestingly, these deductions, which allow buyers and refinancers to write off their insurance premiums relative to their household income limitations, expired December 2011, but a Senate Finance Committee bill would not only reauthorize them from Jan. 1 of this year, but extend them through 2013.

3. Fiscal Cliff – Though the first two measures are certainly hefty policies – extending both, according to Harney, would cost the federal government $2.6 billion over 10 years – they pale in comparison to the “Fiscal Cliff,” the catchy title the press has been using for the latest round of budgetary gridlock on Capitol Hill. It’s uncertain, at this point, what fiscal measures Congress is considering to avoid the so-called cliff, so we won’t speculate from a policy standpoint on its implications; what is certain, though, is the impact such gridlock can have on consumer behavior.

As National Mortgage Professional magazine has pointed out, budget disputes of this magnitude can wreck havoc on consumer confidence (after all, why purchase something if the government could be pursuing debilitating budget cuts in a couple months?), and such an environment would be particularly damaging to the housing industry, which has just started making strides in consumer confidence.