Could Mortgage Interest Rates Fall Even Further in 2013? 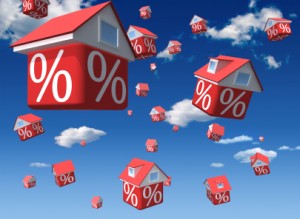 Could mortgage interest rates fall even further in 2013? New policy initiatives from the Fed suggest they may.

The precipitous decline of mortgage interest rates has been one of the major stories in real estate in 2012, but recent actions by the Federal Reserve has some thinking that rates could fall even further in 2013.

The Federal Reserve made headlines yesterday when its chairman, Ben Bernanke, announced that the regulator would effectively link its policy on interest rates to unemployment, and would aim to keep rates artificially low until the U.S. reaches a “normal” level of unemployment.

Mortgage Interest Rates – How Low Can They Go?

For the last couple years, the Fed has held long-term interest rates at near-zero levels through a number of policies, particularly its “Operation Twist” program, which has involved the purchase of billions of dollars of mortgage backed securities to keep interest rates low and stimulate the real estate market.

As the Fed explained yesterday, though, it will now base its monetary policy on the nation’s unemployment rating. As long as unemployment is above 6.5 percent – and inflation remains in check – the Fed will continue buying securities and maintaining its zero interest rate policy. And how long will that be? The Fed estimates that we won’t reach that level of unemployment until 2016, at the earliest.

So at the very least, the Fed’s policies will keep rates down for the foreseeable future, and as syndicated columnist Peter G. Miller recently wrote, the spread between the cost of money (what banks pay to make loans) and mortgage interest rates (what consumers pay the banks for those loans) is disproportionately in the banks’ favor, and if the Fed or any other regulatory body were to act upon that, it would drive rates down even further.

But how realistic are such scenarios, given how low mortgage interest rates already are? Jeff Burke, the founder of NuHabitat, a real estate data company based in Houston, said that as long as the Fed is aggressively buying securities, mortgage rates will remain low.

“I don’t think we’ll have a tremendous uptick in mortgage rates anytime soon,” he said, adding that with fiscal cliff discussions as precarious as they are, he expects a particular emphasis from the Fed on keeping rates low.