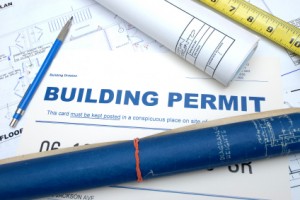 Building permits led the way in the latest numbers on residential construction from the Census Bureau, rising 26.8 percent.

Building permits increased 3.6 percent from October to November and 26.8 percent year-over-year in the latest joint study by the U.S. Census Bureau and the Department of Housing and Urban Development.

Altogether, between single-family and multifamily authorizations, building permits finished November at an annual rate of 899,000, which bodes well for future construction in 2013.

In addition to its data on building permits, the Census Bureau reported similarly strong numbers for housing starts and housing completions:

A Positive Future for Residential Construction

And that’s the key fact, one that Bill McBride has been mentioning with encouraging regularity on his Calculated Risk blog – residential construction, given all the overbuilding of the boom years, fell pretty hard from 2007 to 2010, but now that all that excess inventory has been absorbed, and housing inventory levels drop further and further with each passing month, we can all but count on residential construction making a comeback, and a sustainable one at that.

“The ‘wide bottom’ was what I was forecasting several years ago,” McBride wrote, “and now I expect several years of increasing single family starts and completions.”