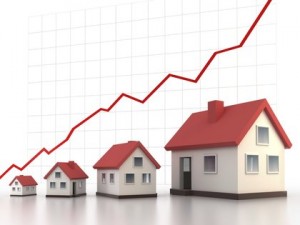 Total home sales were up by 6 percent in 2012, according to CoreLogic, the first yearly increase since 2005.

Total home sales increased 6 percent in 2012 over 2011 according to the January MarketPulse report from CoreLogic, a wide-ranging analysis of the housing market that anticipated good things for the real estate industry in 2013.

2012’s strong total home sales, CoreLogic wrote, bode well for the 2013 housing market, particularly when the specifics of those sales are analyzed:

With the 2012 housing market finishing strong, CoreLogic is anticipating some grand things for the market in 2013, among them: a 6 percent increase in home prices, which will  spur more and more home sellers to put their homes on the market (CoreLogic has used the term “pent-up supply” for those homes); continued improvement in the housing inventory, with serious delinquencies continuing to decrease; and finally, a broader dimension to the housing recovery, with more and more geographic regions taking part in the recovery.

So what about our local housing market? Houston has received national attention for its strong housing market, and with so many good indicators going our way, perhaps 2013 will be an even better year than in 2012?