In the wake of the housing crisis, some nasty myths regarding homeownership had been making the rounds, but they’re just that – myths. 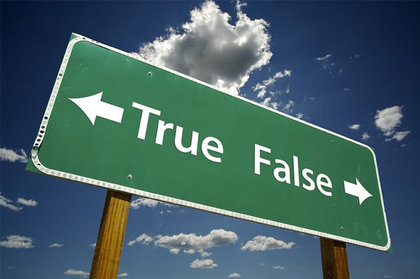 During the economic downturn, the concept of homeownership endured quite a bit of mudslinging from numerous camps. From economists, to market analysts, to devoted renters, many people hopped on the homeownership-bashing bandwagon, with some of the more bold participants suggesting we were witnessing a fundamental recalibration to how Americans approached their housing needs.

Thankfully, that was then, and now, with homeownership on a decided path to recovery, such narratives are no longer broadcast – yet, many of the myths pervaded during that era have nonetheless stuck around, so to set the record straight, we’re addressing three of the more pernicious

Myth 1: The Dream of Homeownership is Dead
This one caught on like wildfire, the idea that, with foreclosures rising and home prices falling, America would become a “Renter Nation.” First, the facts – yes, the U.S. homeownership rate has fallen a little more than 5 percent in the last eight years, with 65.4 percent of the population currently owning; yet, that decline is due more to the economic downturn, rather than a disillusionment with homeownership. As KCM Blog pointed out in a recent article, research by the Joint Center for Housing Studies at Harvard University found 80 percent of Americans aged 25 to 65 plan on buying a home; heck, even 76 percent of those aged 65 and older still planned to buy!

Myth 2: Housing is Especially Dead For the Youths
Keeping with the topic of age, this myth suggested that America’s younger generations would be particularly scarred by the housing downturn, especially after seeing their parents grapple with foreclosures and blight. However, the data simply does not support this assertion. In the aforementioned Harvard study, 94 percent of respondents younger than 25 and 96 percent aged 25-34 said they plan on buying a home, and in a widely-read survey by Trulia, 93 percent of millennials who currently rent said they plan on buying.

Myth 3: Homeownership is Tainted For Delinquent Borrowers
This idea also gathered quite a bit of steam, that foreclosed homeowners and delinquent borrowers would give up on homeownership, in light of their difficulties; but again, that pesky data just refuses to cooperate! As we reported recently, Moody’s Analytics has computed that the number of “boomerang buyers,” aka homebuyers who left homeownership but are now eligible for FHA-backed mortgages, came out to 729,000 households in 2012’s second quarter, up from just 285,000 in 2011; by 2014, Moody’s expects that number to reach 1.5 million.