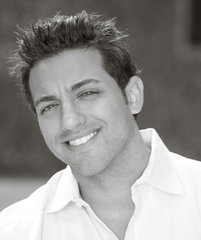 Chris Mastrangelo is the owner of Habitation Realty in the  Inner Loop of Houston.

This week, we talked with Chris Mastrangelo, the owner of Habitation Realty. Mastrangelo has been in real estate for 13 years and specializes in luxury homes in the Inner Loop of Houston. His personal sales volume for 2012 was $14 million, and his company’s sales volume was $22 million.

Houston Agent (HA): What is the status on new construction in your marketplace? Is it picking up? Do you see it picking up in the future?

Chris Mastrangelo (CM): New construction is doing phenomenal right now. The biggest issues builders have is finding lots. Anything in the Inner Loop in Houston is usually going in a matter of days before its even built. It’s actually spiked the value of any lots because all the builders are fighting for it and paying a lot more than they ever have for these lots. The profit margin is so big and they’re selling it so fast that they’re able to increase their by-price.

Buyers are getting into bidding wars on new construction sales. They’re getting to the point where they’re desperate. They’re putting in offers with over-asking prices we haven’t seen in six or seven years. We’ve had listings where we’ve had 10-12 offers in, priced at market value, and some of them are going for 10 to 15 percent over the asking price. It’s just phenomenal.

I think the Inner Loop has more time before this new construction dies down. I think the ‘burbs are going to cool down first, because they’re actually doing pretty well right now. But I’d say we have at least a year-and-a-half to two years of strong marketed increase.

HA: A study conducted by Trulia says owning is a cheaper alternative for consumers than renting in Houston’s markets. Is that consistent with the Inner Loop and the markets you work in?

CM: Absolutely. The only market where I’ve done the work is usually the ultra high-end where we get over a million. With taxes and everything else, it’s hard to make it work. But just about everything under a million is going to be cheaper for you to own it than it is to rent. That’s not even taking into consideration the tax benefits. If something is going to cost you $2,500 a month to own, it’s probably going to cost you closer to $3,000 to rent.

Clients are often surprised by how affordable it is. A lot of times, you’ll get clients who will have high credit scores, good income and they just have no idea that it makes that much more sense to buy than it does to rent. And we’ll show them how much money it’s going to save them, and then they get the equity and the ownership. It doesn’t make sense, with interest rates where they are, in Houston to rent over buy.

HA: What are your predictions going forward for Houston’s real estate markets?

CM: I think the Inner Loop is not going to have a decline for a while. I think the suburbs are going to have another decline. They tend to move in cycles. There’s a lot of room to build off, and there’s always that newer area with the better school. But I think that in Inner Houston, we’ve got two years of strong increases and growth. After that, I don’t think it’s going to be a wedge, but I think it’s going to plateau a little bit.