Why Immigration Reform is a Good Thing for Housing

Immigration reform has been a hot topic the last month or so, though the politics of the issue obscures one main fact: that immigration is good for housing! 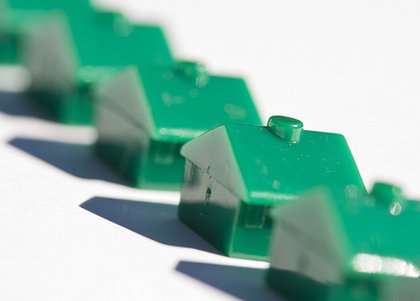 U.S. immigration policy has always been among the more prominent issues on the American political scene, but the issue received a hefty boost in coverage  back in April with the release of the Senate’s immigration reform bill, a massive piece of legislation that the Washington Post dubbed “the most ambitious overhaul of the nation’s immigration system in three decades.”

Since then, analysts have delved into the specifics of bill and argued for and against it, but rather than get into the wonky, head-splitting minutia of legislation, we figured it more prudent to address the issue from a housing-related perspective – and why, according to recent research, immigration is a good thing for the housing market.

Immigration and the U.S. Economy

Firstly, there are the positive effects that immigration has on the U.S. economy, particularly the entrepreneurial class.

Immigration and the U.S. Housing Market

And of course, such strong economic numbers, as we just reported this week, directly correlate to a strong housing market, and new research from the National Association of Hispanic Real Estate Professionals (NAHREP) uncovered some rather glorious numbers for the Senate’s reform bill.

Of the nation’s 11 million undocumented immigrants, NAHREP found, six million will seek legalization, and three million will pursue homeownership. With a median household income of $40,000 and median home price of $173,600, such action would lead to $28 billion in real estate transaction, $25 billion in mortgage origination income and $180 billion in homeownership-related consumer spending.

Overall, NAHREP anticipates that immigrant demand for homeownership will lead to $500 billion in home purchases and mortgages over a five-year period.