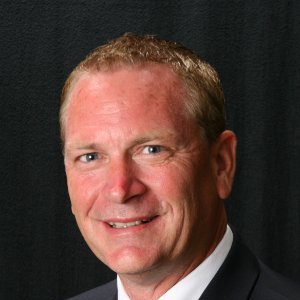 Houston Agent (HA): Describe Houston’s market. What is unique about it compared to others?

HA: What keeps those prices low?

LL: Oil and gas has been real prevalent in the Houston market, but we’ve become more diversified over the last 10 to 15 years. We now have better technology and better medical infiltration into the market. And that’s actually what has sustained us over the last few years when oil and gas has really plummeted, and especially in the last six months.

HA: What are some of the big challenges facing agents in Houston’s market, and how can they overcome them?

LL: Well, the biggest challenge is, is the amount of people coming and going into the Houston market. And the fluctuation in oil and gas. The good news is that it hasn’t been as relied upon as before. Another huge deal in Houston is there’s 27,000 agents in the Houston market. So your competition is pretty great.

HA: What are some similarities you’ve notice between top producing agents in the Houston market?

LL: The, the largest agents are all about exposure. And so they utilize the new construction relationships to further expose their name and brand. The top two in front of us, they’ve been in business for over 35 years. And their niche is new construction. In our third year of business, we went after a couple of new construction builders to expose ourself. But we went after the entry-level construction people. And the reason we did that is because we wanted to get their contact information when they purchase those entry-level homes. And now we’re seeing the results of that because we’re listing those homes three years later, and we’re getting the sale site and the purchase site for them moving up.

HA: What forms of marketing have you found to be particularly helpful in Houston?

LL: So for us, uh, the huge thing we’ve, we started this in our fourth year of business. We got on the radio, and we used celebrity endorsements, like Sean Hannity and Barbara Corcoran.

HA: How did you get those endorsements?

LL: I like to focus on one thing each year. We always want to do something that’s going to be big, but we also want to master it. So, when I was researching what we were going to do, I looked on Facebook and saw some people doing radio and TV, mostly radio, and spoke with some major agents across the United States, namely Mark Spain of Atlanta and Christopher Waters of Austin. They got me in touch with radio and television experts. You can’t get much penetration in Houston without a sizable investment, so I had to start out spending about $12,000 a month. Two years later and we’re spending about $35,000 a month on both radio and television. But we’re getting at least a three-to-one ROI out of it. So, it’s been very beneficial for us, especially now. We’ve opened up a luxury division, and the relationship that we have with Barbara Corcoran from Shark Tank has been huge, especially on the luxury side.

HA: Where do you see Houston’s market heading over the next year, and how can agents best position themselves to succeed in it?

LL: We just had a record month in March, and we’re going to be at, or close to that record month again for April, so we may break March’s record. And we’re increasing market shares. We’re at 1.61 percent right now of market share in the Houston area, and my ultimate goal is to have 15 percent market share. Which is a gigantic number. But I like to shoot big. My motto is “we drive the business, the business doesn’t drive us.” And what I mean by that is we’re not worried about what the surrounding economic situation is. People are always going to buy and sell homes. We just have to acclimatize ourselves to the surrounding situation. So, if we need to focus on short sales, if we need to focus on foreclosures, or if we need to focus on what we’re focused on right now, and that’s residential resale, we’ll accommodate that. We’re just trying to stay on the front end of that and be as aggressive as possible. A little side note is that right now we have a task force called Vision 2020. With the new wave of technology and everything else, we’re asking what the business is going to look like in 2020 and how is that going to affect how we conduct business. We are figuring out what we are going to do now so that we can impact 2020 and make sure we’re ahead of the curve.